Arkansas Gov. Asa Hutchinson has released a statement regarding the Power Ultra Lounge shooting in Little Rock, AR., which left 28 wounded. The shooting occurred at around 2:30 a.m., Saturday morning, during a concert at the lounge.

First and foremost, my thoughts are with the victims and their families this morning, and the First Lady and I are praying for their quick recovery. I also want to thank the first responders who no doubt saved lives with their quick action. Little Rock’s crime problem appears to be intensifying. Every few days it seems a high profile shooting dominates the news, culminating with this morning’s event. I have spoken this morning with Mayor Stodola and I have offered both my heart felt concern over this senseless violent tragedy and state assets as needed to address the continued threat of violence in our community. We are still gathering facts, but it is clear that we need to have a comprehensive enforcement strategy in place that helps take violent threats off the streets. The state will participate and bring assets to the table to support local law enforcement efforts.

My thoughts and prayers are with all 17 victims who were injured overnight at the Power Ultra Lounge in Little Rock, and I am grateful for the first responders who saved multiple lives. Today, we all woke to the tragic news that this senseless act of violence occurred right in the heart of our capital city. As state and community leaders, it is our responsibility to encourage a civil, peaceful discourse and that violence can never be the solution to solve our differences. As the chief law enforcement officer, I stand ready to assist the Little Rock Police Department as they continue their investigation and we work together to reduce crime in our communities.

My thoughts and prayers are with the victims of this morning’s senseless act of violence. I am confident in the ability of our seasoned police officers in Little Rock to bring the suspect or suspects to justice, and I have reached out to Little Rock Police Chief Kenton Buckner to offer my assistance he may need from my office. I also thank our first responders, doctors, and hospital staff for their treatment of those wounded. Members of our community are strong and resilient, and it’s when we work together that we can find solutions to overcome this kind of violence.

The Little Rock Police Dept. will be holding a press briefing today at 3:00 p.m. 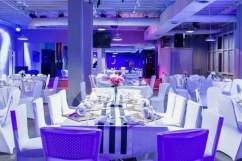