More than half of former FBI Director James Comey’s memos on his interactions with President Donald Trump contained classified information, The Hill is reporting.

In an exclusive story, The Hill reported that “more than half of the memos former FBI chief James Comey wrote as personal recollections of his conversations with President Trump about the Russia investigation have been determined to contain classified information,” attributing that finding to anonymous sources familiar with them.

Trump tweeted about the report on July 10:

James Comey leaked CLASSIFIED INFORMATION to the media. That is so illegal!

Comey’s memos have been big news since he admitted during Congressional testimony that he shared one of them with a Columbia University lawyer, Daniel Richman, and asked him to leak information to The New York Times. It’s not clear whether that memo is one of those The Hill says contains classified information.

Comey testified that he considered the memos personal, not governmental, documents, and that they contained unclassified information. But The Hill is reporting that the FBI has claimed the seven memos Comey wrote are, in fact, governmental documents and that some contain secret and confidential information.

Comey testified of the memos, “My thinking was if I write it in such a way that I don’t include anything that would trigger a classification, that would make it easier to discuss within the FBI and the government and to hold onto it in a way that makes it accessible to us.”

As for giving a memo to his friend, Daniel Richman, Comey testified, “I asked a friend of mine to share the content of the memo with a reporter. I didn’t do it myself for a variety of reasons but I asked him to because I thought that might prompt the appointment of a special counsel.”

The Daily Caller notes, “Richman reportedly gave the memos in his possession to the FBI.”

According to The Daily Caller, it’s not clear what impact the revelation about the memos could have on Comey.

“As director of the FBI, he likely would have had authority to classify or declassify documents as he saw fit. But the matter is complicated by the fact that he had possession of the documents after he left the FBI. It is also not clear whether Richman, Comey’s friend, would be in trouble for handling potentially classified records,” the Daily Caller notes.

You can read more about Daniel Richman here: 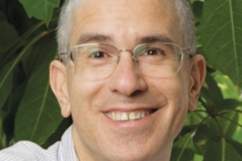