Four young men are missing from the same Pennsylvania county in what police are calling a criminal investigation. The first to vanish was 19-year-old Jimi Tar Patrick from the Newtown Township on July 5. Next, Dean Finocchiaro, 18, of Langhorne disappeared having last been seen getting into a car on July 7. That same day was also the last time that friends Mark Sturgis, 22, of Pennsburg, and Tom Meo, 21, of Plumstead, were last seen together in Doylestown. Sturgis’ father told CBS Philadelphia that the two men are friends, so far that’s the only bona fide connection between the four. As the search for the men continues, authorities announced the arrest of Cosmo DiNardo.

1. The DA Believes Foul Play Is Involved in the Disappearances

The Bucks County district attorney says that “multiple locations” are being searched in relation to the disappearance of the four boys, reports ABC Philadelphia. One of those is a farmland area close to Route 202 in the Solebury Township, around 45 miles north of Philadelphia.

That area is thought to be connected to a search that took place in a home along Aquetong Road in the same area on July 9. The Bucks County Courier Times reports that there is another search going on in the 900 block of Wayland Circle in Bensalem.

The Courier Times says that the home in Solebury is owned by Antonio and Sandra DiNardo of Bensalem.

District Attorney Matt Weintraub told the media on July 10 that his office believes that foul play is involved in the disappearance of the four men. Weintraub said, via ABC Philadelphia, “It sure would seem so. It sure would seem so. I sure believe there is. We’ve been treating this from the outset as a criminal investigation, and nothing has deterred that to this point.”

When asked what authorities were looking for in Solebury, Weintraub said, “We’re not exactly sure what we’re going to find there.” The Bucks County Courier Times reports that the FBI is involved in the search for the four men.

2. The Alarm Was First Raised for Jimi Tar Patrick When He Unusually Didn’t Show Up for Work

NBC Philadelphia reports that the alarm was first raised for Jimi Tar Patrick on July 5 when he didn’t show up for work. The station, citing family members, said that his absence without calling was extremely unusual.

The NBC Philly story adds that there are reports that all four of the men knew each other.

3. Sturgis’ Mother Has Been Frantically Updating Her Facebook Page With Information on the Search

Mark Sturgis was last seen with Tom Meo. ABC Philadelphia reports that Sturgis’ car was found in Peddler’s Village, 6 miles east of where Sturgis and Meo were last seen. The pair are friends on Facebook.

NBC Philadelphia reports that Sturgis and Meo became friends while they worked for Sturgis’ father, Mark Potash’s, construction company. Potash told the Philadelphia Inquirer that when his son didn’t show up for work he “thought maybe they had a night of drinking and slept somewhere. That was my hope.”

Potash went on to describe his son and Meo by saying, “They are just really good kids. I can’t even begin to imagine. At this point, as the hours pass, it seems more and more grim.” A former colleague of Meo’s echoed those statements to the Inquirer, “He was like an easygoing person, he was a really nice dude. He’d get along with any single person.”

Sturgis mother, Amb Ro Clark, has been frantically updating her Facebook page with updates about the search for her son. Clark says that her family is offering a reward for information and that Tom Meo is a diabetic. Potash told the Inquirer that Sturgis had grown up with his mother but was living with his mother at the time of his disappearance.

4. Dean Finocchiaro Is a Motorcycle Enthusiast

Everybody please keep your eyes and ears open for dean we all want him home pic.twitter.com/f6Le63NzPW

Dean Finocchiaro is shown on his Facebook page to be a motorcycle riding enthusiast. He is a native of the Middletown Township. His social media page offers no evidence of a relationship with the other four missing men. NBC Philadelphia reports that Finocchiaro was an acquaintance of Sturgis and Meo.

5. Authorities Are Not Saying if They Believe the 4 Are Still Alive

So far, authorities have not said if they believe that the missing men are dead or alive. DA Weintraub has not speculated about whether or not there is a suspect in the case. Anyone with any information about the disappearances is asked to call 215-297-8201. You can contribute a tip online here. 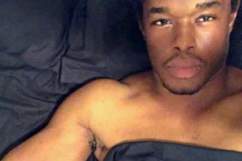 Loading more stories
wpDiscuz
13
0
Would love your thoughts, please comment.x
()
x
| Reply
Four young men are missing from the same Pennsylvania county in what police are calling a criminal investigation.