An 18-year veteran of the U.S. Army National Guard returned home July 5 in a flag-draped casket, a month after he mysteriously died on vacation in Eastern Europe.

Major Kyle Tafel, 36, was found dead on June 12 on a sidewalk outside his Belarus hotel. The body may have been hurled from a roof or balcony, according to Tafel’s father, who is searching for answers.

Here’s what you need to know about Tafel and the circumstances surrounding his death:

1. Tafel Was Visiting the Country With His 2 Aunts

Fox 5 News in Atlanta reported that Tafel was visiting Belarus — located just to the east of Poland and west of Russia — with two of his aunts when he was found dead on a sidewalk below his hotel room.

One of his aunts is a bodybuilder and traveled with Tafel and the other aunt for a competition that she was a participant in.

Kyle decided to attend the competition with his two aunts because he wanted to offer protection, his father Kevin told the news outlet.

“He was there to support her and in a way, I think to try to protect them,” he said during the Fox 5 interview. “He knew it was a rough neighborhood.” 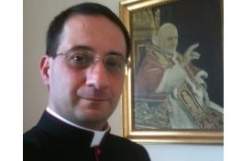 2. He Told His Aunts That Men at a Casino Were ‘Out for Blood’

On one of the last nights that Tafel and his aunts were in the country, Kyle apparently went to a casino that was located inside of their hotel.

According to his father, Kyle had gotten into some kind of argument — though it’s unknown what it was regarding — and he was escorted by hotel security back to the suite after doing so. Once he got inside, though, he sounded like he was fearing for his life.

“He told his aunts ‘they were out for blood,'” Kevin said to Fox 5. “Out of fear, they barricaded the door so that nobody could get in or out.”

But about three hours later, Kyle’s deceased body was found on a sidewalk below the 10th-floor suite at the hotel. Police knocked on their door to tell the aunts that their nephew was dead, and Kevin said that he has reason to believe it’s because of the argument, saying that he was thrown off of it.

“Kyle’s body had been tossed off the roof or the balcony,” he said to the news station.

Kyle’s parents received an emotional phone call from Kevin’s sister in the evening.

Despite his beliefs, the father said that he’s received no answers from authorities overseas.

“It is frustrating in one sense, and in the other sense the answers aren’t going to bring him back. The answers will probably open up more questions,” the father said to WSB-TV. 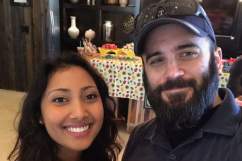 Tully was deployed to Iraq on September 1, 2005 and didn’t return until December 4. He was stationed in Tikrit and said that there “were attacks on the base on a nearly daily basis.”

While Tully was deployed, he spent time alongside Tafel, who was a lieutenant at the time. Once Tully returned home for the holidays, he said that he felt sorry for those he left behind in the Middle East, such as his friend Tafel.

“I think people like him are modern day American heroes,” Tully said of Tafel.

According to Tully, Tafel’s unit of 100 soldiers suffered eight casualties from the time he was deployed overseas. 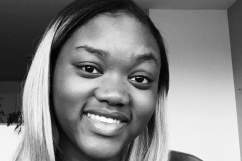 According to his Facebook page, Tafel was born in Peachtree City, Georgia and lived in Macon. However, Fox 5 said that he’s originally from Smyrna, about 20 miles northeast of Atlanta.

He attended McIntosh High School in Peachtree City, a school that has an enrollment of around 1,500 students. In 2007, the school was named a National Blue Ribbon School of Excellence.

5. Tafel Is Going to Be Buried at Georgia National Cemetery

In 2005, The Gainesville Times reported that Tafel graduated from the infantry officer basic course at Fort Benning in Columbus, Georgia.

The course that Tafel took lasted four months and was designed to instruct lieutenants leadership, tactical and combat-related skills that were to be used on battlefield training. As a result of graduating, Tafel became qualified as both a mechanized and light infantry platoon leader and was deployed to Iraq shortly thereafter.

According to his obituary posted to Darby Funeral Home, Inc., Tafel will be buried July 7 at Georgia National Cemetery in Canton, Georgia.

Loading more stories
wpDiscuz
12
0
Would love your thoughts, please comment.x
()
x
| Reply
Kyle Tafel, a 36-year-old member of the National Guard, was killed in Belarus while vacationing. His father says he thinks his son was thrown off a balcony.