Actor Martin Landau, who won an Oscar for his performance in Ed Wood, died earlier today at the age of 89. The Associated Press reports that Landau died of unexpected complications after a short stay at UCLA Medical Center.

A publicist for Martin Landau says the Oscar-winning actor and star of "Mission: Impossible" TV series has died. https://t.co/G1zS2t93PD

Landau’s acting career started in the 1950’s and he received the Golden Globe Award and the Academy Award for Best Supporting Actor for his role in 1998’s Tucker: The Man and His Dream. He was nominated for an Oscar for his role in 1989’s Crimes and Misdemeanors.

Watch a short clip of Landau as Bela Lugosi from Ed Wood below:

Landau was born in Brooklyn and began his career as an illustrator and staff cartoonist at the New York Daily News.

Landau left the New York Daily News when he was 22 to pursue a career in acting. He made his film debut in Alfred Hitchcock’s North by Northwest in 1959.

Landau starred in Cleopatra, The Greatest Story Ever Told and Nevada Smith, before joining the cast of TV’s Mission:Impossible.

More recently, Landau starred in Remember(2015) with Christopher Plummer and The Red Maple Leaf(2016) with Kris Kristofferson and James Caan.

Landau recently attended the Tribeca Film Festival in New York, where his upcoming movie, The Last Poker Game, was screened.

Laundau and Bain divorced in 1993. They had two daughters together, Susan and Juliet. 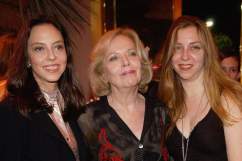 Read More
Breaking News, Celebrities, Martin Landau, Movies
Follow Heavy ↓
Martin Landau, who won an Oscar for his performance in 'Ed Wood', died earlier today at the age of 89. Find out more about Landau's career and cause of death here.