Marty Sklar has died. The Disney Imagineer passed away at his home in California on Thursday at the age of 83. A cause of death was not immediately revealed.

Marty is survived by his wife, Leah, their son Howard, their daughter Leslie, and their grandchildren.

Here is what you need to know about the “Disney Legend”:

“Everything about Marty was legendary – his achievements, his spirit, his career. He embodied the very best of Disney, from his bold originality to his joyful optimism and relentless drive for excellence. He was also a powerful connection to Walt himself. No one was more passionate about Disney than Marty and we’ll miss his enthusiasm, his grace, and his indomitable spirit,” said Bob Iger, Chairman and Chief Executive Officer, The Walt Disney Company.

2. Sklar Started at the Bottom, Taking a Job as an Intern With the Walt Disney World Company

Twitter users are sharing their thoughts on the passing of Marty Sklar https://t.co/TiiMSulqQU pic.twitter.com/k59cwvYK9z

Sklar was known as Walt Disney’s “right hand man.” The two worked together to make Disney’s dreams come true. In his 53-year career, Sklar was credited with helping bring Disney’s visions to life. He had a hand in the design and creation of the Disney theme parks that millions of people visit each year.

Like many Disney employees, Sklar started working for the Walt Disney World Company as an intern. He went on to become the vice president of creative development, working at Epcot in Orlando, Florida. It didn’t take long for him to be given the title of executive vice president (1982) — and he continued to grow with the company in the years that followed.

Watch Sklar talk about how he got started with the Walt Disney World company in the video below.

According to the D23 website, Sklar served as president and vice chairman from 1987 to 1996.

“As vice chairman, Marty provided leadership for the Imagineering creative staff, delivering breakthrough entertainment concepts for Disney parks and resorts including Disneyland Paris, the Tokyo Disney Resort, and Hong Kong Disneyland. Imagineering is also responsible for all Disney resort hotels and the Disney Cruise Line ships, and has created concepts for restaurants, children’s museums and hospitals, traveling shows, and exhibitions.”

Fun fact about Sklar: He is the “only person to have attended the grand openings” of every Disney park.

The Disney Legends Awards is essentially like a Hall of Fame for exceptional animators, Imagineers, entertainers (including actors and songwriters), and business leaders who have made a “significant impact on the Disney legacy.”

“The Legends are chosen by a selection committee, formerly appointed and chaired by the late Roy E. Disney. Since its inception, the program has honored many gifted animators, Imagineers, songwriters, actors, and business leaders as having made a significant impact on the Disney legacy,” the D23 website explains.

Sklar was named a Disney Legend in 2001.

5. Sklar Was at the D23 Expo a Couple of Weeks Ago

Although he had technically retired in 2009, he was still a big fan of the brand. Just a couple of weeks ago, Sklar attended the D23 Expo in California.

You can watch an interview with Sklar at the 2017 D23 Expo below. 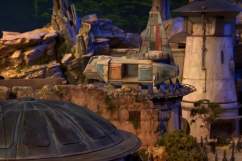