Natasha Boggs, 24, is accused of striking and killing two Coventry Middle School students while texting and driving in Coventry Township, Ohio, according to The Washington Post.

Many are mourning the death of the two teens, Taylor Galloway and Amber Thoma, both 14. GoFundMe pages were set up for both students to fund their funerals and support their families. Both students were set to graduate eighth grade. The school postponed the ceremony after their deaths, according to WKYC.

1. Boggs was Texting and Driving When She Struck the Students, Police Say

Authorities say that Boggs was texting on her phone when she struck the students on May 28 at about 4:45 p.m. while driving north on South Main Street in her 1999 Ford Escort, according to Canton Rep. She allegedly traveled over the fog line and struck the students along the edge of the road.

The Akron Beacon Journal said that vehicles on the road travel north on a single lane and only about a foot of pavement separates the white edge line on the right of the grass. The speed limit was 40 mph.

The news outlet said Boggs was charged July 14 with two counts of involuntary manslaughter and a count of tampering with records, both of which are third-degree felonies. She was also charged with two counts of vehicular homicide, one count of vehicular assault, both of which are first-degree misdemeanors, as well as one count of marked lanes violation, a third-degree misdemeanor; and texting while driving, a minor misdemeanor. She was jailed at Summit County Jail.

Summit County Sheriff’s Inspector Bill Holland confirmed to Canton Rep that Boggs was allegedly texting at the time of the crash, but didn’t alleged that it caused her to go over the fog lane and strike the students. He alleged:

The investigation revealed she was texting while driving. I’ll leave it at that.

He also found that there were allegedly “things done on her cellphone after the accident,” which is where the tampering with evidence charge comes from.

The Washington Post said that court records don’t indicate if Boggs has an attorney. The Daily Mail said that her first court appearance has not yet been scheduled.

2. Taylor Galloway Wanted to be a Video Game Programmer

According to an obituary from Newcomer Funeral Home & Cremation Services, Galloway was an avid gamer and wanted to become a video game programmer. She also enjoyed basketball, playing the clarinet in the school band, and participating in the Anime Club.

The funeral home said that she “never met a stranger.”

She had a gift for making everyone feel comfortable in her presence. She was fiercely loyal to her friends and would stand up for anyone who needed help. She was one of a kind and will be deeply missed by everyone who knew her.

She had a sister, Alissa Galloway, as well as her two parents, Edward and Angela Galloway. The funeral service was held on June 3.

In Cox-McNulty Funeral Home’s obituary of Thoma, they said she was “stunningly beautiful inside and out.”

She had an infectious smile, contagious laugh and a heart of gold.

They also write that she had a serious passion for basketball and also enjoyed softball and hanging out with her countless friends. She also looked up to her best friend and brother, Alan, and was admired by her two younger sisters, Ava and Alyssa.

Amber’s brother, Christian, was at her side as she was dying in the Children’s Hospital.

“She just loved life,” Christian told WKYC. “She’s an outgoing person. I just loved her to death. I think I’m still in shock about the whole situation.”

The funeral service was held on June 2.

4. GoFundMe Pages Were Created for Both Girls

Two GoFundMe pages were set up, one for Galloway and one for Thoma, to fund their funerals and support their families.

The page for Galloway was created by Chloe Thoma on behalf of Galloway’s family. She claims that her cousin was involved in the accident. The page has currently raised $1,825 by 48 people in one month.

Another page for Galloway was created by Tiffany Howe-Fowler to raise money for shirts to be worn at a party in Galloway’s honor. Howe-Fowler said that Galloway was a very bright and great young woman she had the pleasure to get to meet and know. The page raised $195 by four people in one month.

The page for Thoma was set up by Laura Lynann McBride, who said she was a childhood friend of Thoma in the page’s description.

How can I begin to tell you all the bright light that Amber brought into this world? Full of life and loved by so many. Anyone who got a chance to know Amber couldn’t help but to fall in love with her. She had an infectious smile and a laugh that could carry though a house… Our hearts are all heavy grieving the loss of our beautiful brown-eyed-girl.

She set up the page on behalf of Thoma’s family and all of the funds will go straight to them. Her family thanked everyone for all their love and support. The page currently has $7,355 raised by 96 people in one month.

5. Texting While Driving Still Happens Despite Laws to Prevent It

However, texting while driving is still a problem. The National Safety Council reports that cell phone use leads to 1.6 million car crashes a year. Nearly 330,000 injuries occur from texting and driving each year. 1 out of every 4 car accidents in the U.S. is caused by texting and driving. It’s also six times more likely to cause an accident than driving drunk. 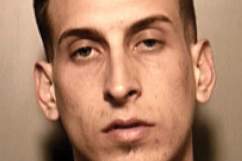