Baltimore Police are investigating after body camera video appearing to show an officer planting drugs, leading to an arrest, was released by the city public defender’s office.

Officer Richard Pinheiro, 29, can be seen in the video appearing to place drugs in an alley, and then shortly after discover them, as if they had just been located, according to a press release from the public defender’s office.

The video was discovered by the assistant public defender representing the unnamed defendant in the criminal case, and sent to the state’s attorney’s office last week. The charges against the defendant were dropped, the public defender’s office said.

An internal investigation into the actions of Pinheiro, and two other unnamed officers seen in the video, is underway, police said.

“We take allegations like this very seriously and that’s why we launched an internal investigation into the accusations,” Baltimore Police said in a statement. “We are fortunate to have Body Worn Cameras which provide a perspective of the events as reported.”

Baltimore Police Commissioner Kevin Davis said at a press conference that the allegation is “very serious … that’s as serious as it gets. I take it very seriously, our Office of Professional Responsibility is investigating this matter, they’re taking it very, very seriously.”

Davis said, “This is a serious allegation of police misconduct. There’s nothing that deteoriates the trust of any community more than thinking for one second that uniformed police officers, that police officers in general would plant evidence of crimes on citizens.”

1. The Video Shows Pinheiro ‘Hiding’ & Then ‘Finding’ What Appears to Be Drugs, While 2 Other Officers Look On

The incident occurred on January 24, 2017, according to the body camera footage, which you can watch above.

The 90-second clip begins with three officers in an alley. The officer’s body camera was not turned on at that point, but the cameras record the 30 seconds prior to activation without sound, the Baltimore Sun’s Justin Fenton says. Those 30 seconds appear to show the officer planting a bag of pills under trash in the alley, before he and the other officers walk out of the alley to a sidewalk nearby.

When the officer gets to the sidewalk, he then fully activates the camera, turning on the audio recorder.

“I’m going to go check here, hold on,” the officer says, before heading back down the alley where the officers had been standing. He then looks through the trash where he had just left the drugs about 30 seconds earlier and finds them in a can.

“Yo, hold up,” he calls out to the other officers, holding up the drugs.

The name of the defendant in the case has also not been released. According to Fenton, the suspect was held on $50,000 bail after he was arrested in this case. He had been offered a three-year plea deal and then was given an offer of time-served when the video was discovered, Fenton reports. But the case was eventually dropped altogether.

A trial in the case was scheduled to begin next week, Fox Baltimore reports. In an email obtained by the news station, a prosecutor writes, “I’ve passed it up and we are all appalled … something is going to happen because of this revelation.”

Charges were dropped the next day.

Johnson said the incident occurred in the Southwest District of Baltimore involving the district’s operations unit officers. They were in the 2200 block of Eagle Street about 9:25 a.m., doing surveillance on what they believed to be drug transactions and drug activity in an area “known to them to be a place where drug transactions frequently occur,” he said. An officer saw an individual wearing a blue hooded sweatshirt and jeans “engage in behavior they recognized as likely drug transactions,” Johnson said. The man would engage with others, stepping into an alley for a minute and then both emerge and the other person would leave, he said.

Other officers conducted a traffic stop on one of the people who had been seen in the alley, while the man in the sweatshirt went into a corner store and additional officers stopped him there, Johnson said. The accused drug buyer gave the officers two gelcaps of suspected heroin and provided information about who he purchased them from, saying he bought the drugs from the person in the sweatshirt and where he believed the drugs were being kept, Johnson said.

The man suspected of being the dealer was arrested and drugs were found in his possession, Johnson said. The officers then went to the area where they believed the dealer was keeping his stash, and searched a yard. The officers recovered a clear plastic bag containing 25 gel capsules of heroin, Johnson said. They suspected other drugs were being kept in the yard, but they were not able to find them, video shows.

Johnson said that the video clip released by the public defender’s office, “depicts what seems to be the discovery of a second bag of heroin, but in the early part of the video it’s clear that bag had actually been placed there by police officers.”

2. Police Say It’s a ‘Possibility’ the Officers Replaced the Drugs They’d Already Found to Document the Discovery on Their Body Cameras

Police said at a press conference that it is a possibly that officers replaced drugs they had already found to document the discovery on their body cameras.

“I’m not saying that there was a recreation of the discovery of the drugs, and I want to be careful not to say anything, because our investigation has to take it’s toll,” Commissioner Kevin Davis said. “But, it’s certainly a possibility that we are looking into to see if the officers replaced drugs that they had already discovered in order to document their discovery with their body worn cameras on. That’s certainly a consideration.”

Debbie Katz Levi, the head of the public defender’s office’s Special Litigation section, said in a statement, “Body cameras have an important role to play in the oversight and accountability of police officers but only if they are used properly and the footage is taken seriously. Officers should not be able to decide when to turn the cameras on and off, and footage like what was presented here needs to result in immediate action by the State’s Attorney and the Police Department.”

Body camera footage led to felony drug charges being dropped against a man in Pueblo, Colorado, in a similar incident earlier this year. Joseph Cajar, 36, was facing several charges after police said they found drugs and a gun in his car following a November 2016 traffic stop, the Pueblo Chieftain reported.

But it was later revealed that the arresting officer recreated body camera video after the initial search. The newspaper reports that Officer Seth Jensen staged a search of the vehicle because his body camera was not on when the drugs were found.

That incident was under investigation by the Pueblo Police Department, the Chieftain reported.

3. He Is a Witness in About 53 Active Cases & He Was Called to Testify a Week After Prosecutors Saw the Video, the Public Defender’s Office Says

A list of some of the open cases in which Officer Richard Pinheiro is a witness.

Pinheiro is a witness in about 53 active cases, the Public Defender’s office said in its press release.

“The prosecutor claimed to be ‘appalled’ by the video and dropped the charges in that case, but no clear policy has been taken in other cases involving these officers,” Melissa Rothstein, the spokesperson for the public defender’s office, said. “Officer Pinheiro was called to testify in another case the following week without any disclosure of this videotape.”

In a statement, Debbie Katz Levi, head of the Special Litigation section of the public defender’s office, said, “Officer misconduct has been a pervasive issue at the Baltimore Police Department, which is exacerbated by the lack of accountability. We have long supported the use of police body cameras to help identify police misconduct, but such footage is meaningless if prosecutors continue to rely on these officers, especially if they do so without disclosing their bad acts.”

4. Pinheiro, Who Was Hired as a Baltimore Police Officer in 2011, Has Been Suspended During the Investigation

Pinheiro was hired as a police officer in March 2011, according to city records posted by the Baltimore Sun.

Police said at a press conference that Pinheiro has been suspended pending the outcome of the internal investigation.

The other two officers, who have been put on administrative duty during the investigation, have not been identified. They have been officers with the city department for four and five years respectively, officials said.

5. He Is a Maryland Native & Was a Bull Rider as a Teenager

Pinheiro is originally from Federalsburg, Maryland.

Rick Pinheiro Jr. is originally from Federalsburg, Maryland, according to a 2008 article in The Star-Democrat newspaper about how he competed as a bull rider when he was a teenager.

Pinheiro graduated from North Dorchester High School in Hurlock, Maryland, in 2006 and worked construction at Spedden Marine in Cambridge after graduating and before becoming a police officer, the newspaper reported.

He competed in Maryland, Pennsylvania and Delaware and saw a long career ahead of him.

“Once you do it, it gets into your blood. There’s a lot more to rodeo-ing than meets the eye,” he said in 2008. “I’m going to keep going until I retire. Even if I strike it big, I’ll still ride. It’s something you can’t get out of your system. People retire but they still come back for another round.”

But Professional Bull Rider and PRCA stats show he has not competed since 2012. 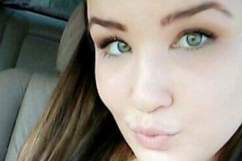 Loading more stories
wpDiscuz
9
0
Would love your thoughts, please comment.x
()
x
| Reply
Baltimore Police Officer Richard Pinheiro has been suspended after a video appearing to show him planting drugs was made released by the city public defender's office.