YouTube Rosemere do Nascimento Silva and her brother on a helicopter ride to her wedding ceremony.

What started as the happiest day of her life turned into her last one ever.

Rosemere do Nascimento Silva of Sao Paulo, Brazil was in her wedding dress on a helicopter en route to meet her soon-to-be husband Udirley Damasceno at the wedding venue back in December 2016.

The plan was a surprise that only a handful of people knew about. Silva was going to be flown into the stadium on a helicopter alongside her brother — Silvano Silva — to surprise the guests with her entrance.

In a dramatic video of the incident that was just released, Silva is seen with her brother sitting next to her with smiles on their faces. The wedding photographer (Nayla Cristina Louzada), who was six-months pregnant at the time, is sitting in front of them with the helicopters’ pilot (Peterson Pinheiro).

Within minutes, those smiles turned into terrified screams. A loud noise is heard and it’s followed by the aircraft shaking. Pinheiro lets out a loud scream before an alarm blares throughout the helicopter. Terrified screams from the four people aboard are heard as the helicopter crashes to the ground within seconds.

The screams and alarm turn to silence as the helicopter crashes, killing all four of them.

Watch a video of the ordeal below.

According to the Daily Record, those at the venue had no idea that the helicopter had crashed about one mile from the venue in a forest and only noticed when it never showed.

A report at the time from Brazilian news outlet Globo said that Damasceno was already waiting for his fiancee at the altar when the crash occurred.

The wedding planner who was at the venue, Carlos Eduardo Baptista, said he felt devastated when he was the one who had to deliver the tragic news.

“I called the pastor who was officiating at the ceremony and he went with me to help break the awful news to the groom,” Baptista said to Globo. “The other guests already knew and no one knew how to act. It was a tragedy.”

Baptista told Globo that the pilot was “accustomed” to the route, which should have been a 15-minute flight.

“It’s the third time the pilot was on the way here, he knew the area well,” Baptista said to the news outlet. “I was very worried because the weather was bad, but I knew that in Osasco, where the helicopter came from, the time was open.”

Police in Sao Paulo continue to investigate the tragic crash to determine why is happened. It appeared that there may have been bad visibility for a flight during the day with an abundance of rain and fog in the sky. Another possibility is that the helicopter clipped a tree on its route to the venue. 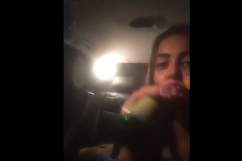 Loading more stories
wpDiscuz
15
0
Would love your thoughts, please comment.x
()
x
| Reply
Rosemere do Nascimento Silva was on her way to her wedding ceremony in a helicopter when suddenly it crashed, killing everyone on board.