Joel Davis, a New York state trooper shot and killed, allegedly by an active U.S. Army soldier, was a married father and youth baseball coach who had been on the force for four years.

In addition to Trooper Davis, Justin Walters, 32, is accused of shooting his wife, Nichole, to death at the couple’s property in Theresa, New York.

Walters surrendered at the scene and appeared in court on July 10.

We are saddened by the loss of Trooper Joel Davis. Our condolences and prayers are w/ Davis family & our @nyspolice fam. Rest peacefully pic.twitter.com/S2F1Py8ScH

The slain trooper was a father. He was a husband. He was a coach. According to the state police, the 36-year-old Davis was married, and he leaves behind three children.

“The Evans Mills Youth Baseball would not be where it is now without the push and support of Joel Davis. Both on the field as a coach to many kids and behind the scenes . Rip Joel,” wrote the team on Facebook. One woman wrote on his relative’s Facebook page, “heard he was an amazing coach and person! Times like these are when the saying ‘only the good die young’ rings true. My deepest condolences to all involved.”

The trooper was remembered as a “great father” by one man who knows his family. He was also an athlete, who played basketball and baseball. Remembered a friend on Facebook, “Joel was on our baseball team and I saw him not that long ago (probably 2016). He was definitely a great guy and an asset to the community. He will surely be missed!”

Davis’ body received a law enforcement escort to the medical examiner’s office in one heartbreaking scene. 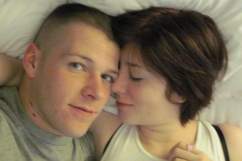 2. The Trooper Was Responding to a Domestic Call

The double shooting unfolded the evening of July 9 when Trooper Davis responded to a domestic violence call at the Theresa, New York home that Justin Walters and his wife, Nichole, had owned since 2015.

The trooper was shot as he approached the residence, and Nichole’s body was found in a driveway. Another woman who lived on the property was also shot, but she didn’t suffer life-threatening wounds.

The New York State Police wrote in the statement that the situation began at 8:09 p.m. on Sunday, July 9, when Trooper “Davis responded to a call of shots fired during a domestic dispute at 34371 County Route 46 in the town of Theresa, Jefferson County. While approaching the residence, Trooper Davis was shot once and killed.”

3. Walters Was a Soldier at Fort Drum Who Served in Afghanistan

The New York State police confirmed that Walters was a U.S. soldier on active duty.

“The suspect, 32-year old Justin D. Walters, surrendered to other State Troopers without incident. Walters is an active duty Army infantryman who is stationed at Fort Drum,” wrote the state police.

Walters wrote on his Facebook page that he had served in Kandahar, Afghanistan, and his wife’s page contains a photo of a military graduation. Photos show Walters in fatigues serving overseas.

Fort Drum is an Army base located in northern New York not far from the Canadian border.

4. Davis Was a State Trooper for Four Years & Was Remembered as a ‘Sweet’ Man

New York’s governor wrote in a statement that Davis had served as a state trooper for four years.

One woman wrote on Facebook, “I lost one of my customers yesterday he was a sweet man. My heart hurts, I’m gonna miss you so much. I love you joel davis. RIP. Thanks for all the fun memories.”

Davis graduated from the 199th session of the Basic School on May 29, 2013 and was originally assigned to Troop D, SP Watertown, before receiving his current assignment at SP Philadelphia, said the police statement.

The accused killer, Walters, appeared in court on July 10.

BREAKING: Trooper shot and killed identified as 36-year-old Trooper Joel R. Davis. He is survived by his wife and three children. pic.twitter.com/sp9c3Z6uDt

In the statement he released, Andrew Cuomo wrote that Davis’ death is “yet another sad reminder of the risks law enforcement officers face every day in order to protect our communities and serve the residents of this great state.”

New York was already mourning the death of NYPD officer Miosotos Familia, who was ambushed and shot to death in her squad car. She was also a parent to three children. 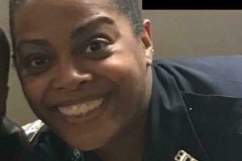