Getty White House Communications Director Anthony Scaramucci speaks on a morning television show, from the north lawn of the White House on July 26, 2017 in Washington, DC.

The draft memo was released by Cernovich earlier today and was confirmed to be real by Scaramucci. Cernovich, a pro-Trump media personality, also reported that Scaramucci plans to hold a press conference within the next 48 hours to announce that Scaramucci “will be setting up an off-West Wing communications shop with the sole purpose of helping the President.”

Scaramucci’s memo contains five “priorities” including “Improve the Culture,” “Comms is a Customer Service Operation-POTUS is the Number One Customer,” “Make the News-We Go First,” “Fill the Content Void” and “Jobs, Jobs, Jobs.” 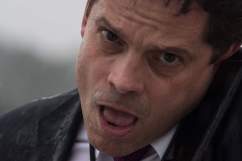