“We’re thrilled that Cloud9’s formidable fan base throughout Europe and the UK now has a local team to call their own.”

Esports fans will know CLoud9 from their League of Legends team or their their return to the Dota 2 professional scene when they acquired Team NP for the The International 2017.

There will also be another Overwatch League team based in Los Angles, Stan Kroenke & Josh Kroenke have purchased a franchise as well. Stan Kroenke is better known as the owner of the Los Angles Rams & Arsenal F.C. in addition to his many other holdings across professional sports and entertainment.

With this announcement Cloud9 and KSE Esports will be joining the now 9 member league and bringing the total number of cities represented to 8. Cloud9 is also joining NRG Esports, Misfits and Immortals as the only multi competition Esport’s brands currently in the Overwatch League.

With Blizzard opening the player signing window for the Overwatch League it will be fascinating to watch which teams more forward to pick up some of the top players in the Overwatch competitive scene. Many of those players are competing in the Overwatch World Cup, which is currently in the Group Stages. Group G, which includes the United States, begins tomorrow and will feature Adam ‘Adam’ Eckel, the captain of Cloud9’s Overwatch team. 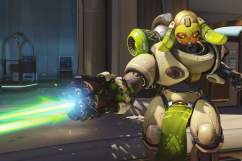 Loading more stories
wpDiscuz
0
0
Would love your thoughts, please comment.x
()
x
| Reply
The Overwatch League welcomed it's two newest members, which includes the first Overwatch League franchise in Europe and another North American team that will be sharing a major location.