The U.S. Seventh Circuit Court of Appeals in Chicago will rehear the case of Brendan Dassey of the Netflix docuseries Making a Murderer.

The panel of judges granted Dassey’s petition for a rehearing en banc on Friday, and the panel’s opinion back in June was vacated. Oral arguments in the case are set to begin September 26 in Chicago.

Read the full decision by the court in the document below:

Before the ruling, the latest development in the case to free Dassey from prison was the Wisconsin Department of Justice blocking his impending release from prison. The DOJ filed a motion back in June that requested the appeals court additional time to review the case.

Dassey’s story was featured in Making a Murderer. The docuseries told the story of the case in Manitowoc, Wisconsin. Dassey and his uncle Steven Avery were sentenced to life in prison for their roles in the 2005 murder of Theresa Halbach. Halbach was a freelance photographer and came to Avery’s property, a junkyard, to take photos of a car he was trying to sell.

Dassey was found guilty of first-degree intentional homicide, mutilation of a corpse and first-degree sexual assault, and his first chance at early release wasn’t until 2048.

But a federal judge last August overturned Dassey’s convictions in the case, saying that he must be released from prison within 90 days unless the state wanted to schedule a new trial.

In his ruling, U.S. Magistrate William Duffin of Milwaukee found that Dassey’s constitutional rights were violated when investigators coerced him into a confession and made false promises during interrogations.

Prosecutors appealed the overturned conviction in September 2016, and a federal appeals court blocked Dassey’s release in November 2016 after an emergency motion was filed in the case.

On June 22, a panel of judges ruled 2-1 to uphold the August 2016 decision to vacate his conviction for the role he played in Halbach’s murder.

One day after the ruling, Dassey’s attorneys filed a motion to ask for his immediate release from prison, meaning the state of Wisconsin had to file a motion of their own to stop the relase, and it did so at the very last opportunity. The state’s motion asked for additional time so that all judges on the court have a “full opportunity to rule” on the most recent action in the case. 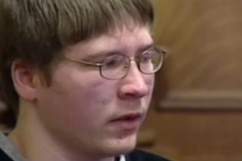 ‘Making a Murderer’s Brendan Dassey: Is a Retrial Likely?

Read More
Breaking News, Crime
Follow Heavy ↓
A panel of judges in the Seventh Circuit Court in Chicago said that Brendan Dassey's murder case will be reheard in court in September.