As tensions continue to rise between North Korea and the United States, China has reportedly told Kim Jong-un that his country would be on its own if they launch an attack.

The Global Times noted that China would remain neutral if North Korea were to launch a missile attack against the U.S.

“The current situation on the Korean Peninsula is complicated and sensitive,” Foreign Ministry spokesman Geng Shuang said in a statement, according to The Washington Post.

Tensions have been rising following reports that North Korea may have developed a nuclear warhead capable of fitting inside a missile.

U.S. President Donald Trump responded to the news by saying North Korea would be “met with fire and fury like the world has never seen” if it further threatens America.

North Korea continued to do so, responding to Trump’s threat by saying it’s formulating a plan to launch an attack against Guam, a territory of the U.S.

That set Trump off once more, when he said August 10 that maybe his statement didn’t go far enough, adding that “military solutions are now fully in place, locked and loaded, should North Korea act unwisely.”

If that turned out to be the case, many had been curious about what China, a known ally of North Korea, would do.

China, which borders North Korea in Asia to the north, has had bilateral relations with the nation since the 1960s and maintains an embassy in Pyongyang, the capital of North Korea. North Korea also has an embassy located in Beijing and a consulate general in Shenyang.

The decision to stay neutral if North Korea were to make the first move shouldn’t come as too much of a surprise, as the relationship between the two nations has worsened in recent years for many reasons.

Here’s what you need to know about China and North Korea’s relations:

1. The Relationship Between the Two Started During the Korean War

The first-known relations between the two nations started in 1950 when China backed North Korea during the Korean War. The war started when North Korea invaded South Korea in 1950, and the United Nations, with the U.S. leading the charge, came to the aid of South Korea.

China sent volunteers to Korea to fight against the United Nations Command, and the Soviet Union provided some assistance, too.

South Korean and UN troops largely dispatched North Korean troops, and the fighting ended when an armistice was signed in 1953.

During and after the war, China took in many North Korean refugees and students and provided economic aid in the many years that followed.

China, along with several other members of the Eastern Bloc, which were led by the Soviet Union, continued to provide North Korea assistance following the war to help reconstruct the country. 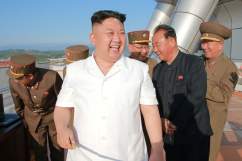 China and North Korea mutually signed the Sino-North Korean Mutual Aid and Cooperation Friendship Treaty in 1961 in large part because North Korea was concerned about the possibility of a South Korean invasion. So North Korean leaders turned to China and the Soviet Union for assistance.

Part of the treaty said that China would offer military assistance “by all means” against an outside attack. It also promised that the two would cooperate on economics, technology, culture and other benefits. The treaty has consistently been renewed and remains valid through 2021.

Article 2 of the treaty specifically states that the two nations “guarantee to adopt immediately all necessary measures to oppose any country or coalition of countries that might attack either nation.”

The treaty automatically renews every 20 years, and the right to cancel it can be invoked every five years with advance notice of one year being provided.

In 2009, China and North Korea came together to celebrate 60 years of diplomatic relations. They called it the “year of China-DPRK friendship,” and Chinese President Hu Jintao and North Korean leader Kim Jong-il exchanged greetings at a ceremony.

Kim Jong-il visited Beijing during the year for meetings and both sides agreed to use the year to advance their bilateral ties.

4. The Relationship Started to Dwindle in 2013

The owner of the fishing boat, Yu Xuejun, told state media that North Korea demanded 600,000 yuan, or $97,600 USD for its return along with its 16 crew members.

“Upon receiving the call, the Chinese embassy promptly made representations to the Bureau of Consular Affairs of the DPRK (North Korean) Foreign Ministry, asking the DPRK side to release the boat and the fishermen as soon as possible,” a statement provided to media said.

North Korea ended up abiding by China’s wishes and released the boat and its crew, thus ending the dispute. 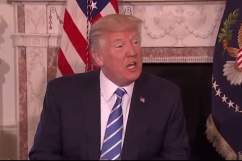 Despite having a disagreement over North Korea’s nuclear program and activities, China has remained an ally, but tensions have continued to decrease.

“We strongly urge the DPRK side to remain committed to its de-nuclearization commitment, and stop taking any actions that would make the situation worse,” Chinese spokesperson Hua Chunying said in a 2016 statement following news North Korea wasn’t slowing its nuclear program down.

Chinese President Xi Jinping has not yet formally met Kim Jong-un, becoming the lone Chinese leader not to meet with a North Korean leader.

In a semi-shocking move, China introduced sanctions, along with the U.S., on North Korea. The country said it would be willing to take a large economic hit as the result of greater sanctions laid down on North Korea.

“Given China’s traditional economic ties with North Korea, China more than anyone will pay a price for implementing the resolution,” Chinese Foreign Minister Wang Yi said at the ASEAN Regional Forum in the Philippines, according to CNN. “In order to maintain the international nuclear non-proliferation system and regional peace and stability, China will, as always, enforce the full content of relevant resolutions in a comprehensive and strict manner.”

China has repeadetly condemned North Korea’s missile launches and has asked North Korea to “stop taking actions that would escalate tensions” in the Korean Peninsula. 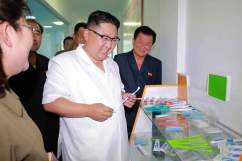 Loading more stories
wpDiscuz
1
0
Would love your thoughts, please comment.x
()
x
| Reply
With the latest developments in the ongoing threats between the United States and North Korea, many have wondered which side China would back.