Residents in Texas affected by Hurricane Harvey aren’t the only ones seeking assistance or shelter following the historic rainfalls brought by the dangerous storm.

A video posted to Twitter by CNBC News’ Harriet Taylor shows police near Dayton, about 40 miles northeast of Houston, guiding dozens of cattle down a street and to “higher ground” because of the nearly 50 inches of rain that’s predicted in the area by Wednesday.

In the video, Liberty County deputies drive slowly down a street as dogs and ranchers join in the process.

“Where are you taking them?” Taylor asks before law enforcement specifies the operation is to get the animals to “higher ground.”

Watch the video of the transportation process below:

Harvey is the first Category 4 storm to make landfall in the United States since Hurricane Charley in 2004. Charley made landfall in southwestern Florida and caused $16.3 billion in damage. An initial damage estimate of Harvey may be at around $24 billion, Bloomberg reported.

The torrential downpours from Harvey have resulted in “unprecedented” flooding in the Houston area and has contributed toward the deaths of at least five people, ABC News reported. Within a 24-hour span, over two feet of rain fell in southeastern parts of the city, and devastating wind gusts approached upwards of 130 miles per hour, The Weather Channel reported.

The Texas government has enlisted the assistance of the National Guard and FEMA has sent over 1,500 members to the area.

In Houston alone, there’s been a reported 2,000 people rescued from homes and almost 9 million people are under flash flood warnings.

With additional rain on the way in the coming days, meteorologists are forecasting historic rainfall totals nearing 50 inches and millions of people have been told to evacuate the cities in the storm’s path. 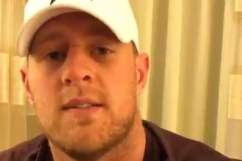