A Fox 26 reporter doing a segment on boat rescuers in Spring, Texas “sharing water out of the cap of a bottle” didn’t realize that the men were passing around shots.

“That’s really an example what we’re seeing,” the female reporter says, commenting on a man who apparently just threw back a shot of Skyy vodka in a rescue boat. “Look at them sharing water, just out of the cap of that bottle.”

“Yeah…” her male counterpart chimes in. “Yeah, I’m not sure that that was water.”

The woman realizes that she might be wrong and responds, “Whatever they need to feel better, guys.”

As the footage continues to roll, we see the man who passed out the shots pull out another jug, this time very clearly water.

The person filming the news segment laughs throughout.

However, Harvey is no laughing matter, particularly for those in Spring, which sits just north of Houston.

According to Spring Happenings, the city has seen mandatory evacuations in the wake of the rising waters which have yet to let up.

ABC News reports that as of today, 7 people have been confirmed dead, all victims of Hurricane Harvey. 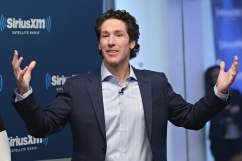 Loading more stories
wpDiscuz
3
0
Would love your thoughts, please comment.x
()
x
| Reply
A Fox 26 reporter doing a segment on boat rescuers in Spring, Texas "sharing water out of the cap of a bottle" didn't realize that the men were passing around shots.