Hurricane Harvey became the most powerful hurricane to hit the United States in over a decade, reaching a Category 4 at its peak. The storm was later downgraded to a tropical storm, however CNN reported “widespread devastation” throughout areas of southeast Texas.

As of September 6, the death toll from the ferocious storm had risen to 70 people, TIME reported.

Abbott warned Texans of rising waters that may become a lot stronger than perceived. “Turn around don’t drown…don’t risk your life,” he cautioned. A disaster declaration has been implemented in six counties of the state. “This will allow FEMA’s assistance to begin the rebuilding process as soon as possible,” Abbott said.

In addition to the confirmed deaths, Rockport, Aransas County Judge C.H. “Burt” Mills Jr. told the Austin American-Statesmen that there were 12-14 injuries reported so far. “It’s pretty sickening,” Mills told the publication. “Lots of emotions are involved when you see your community destroyed like this, but we’ll bounce back.” 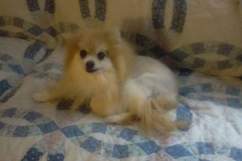 Click below to find out how you can help victims of the storm: 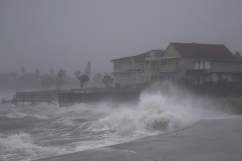 Hurricane Harvey: How You Can Help

Over 1,800 Service members will be activated to assist with recovery from the hurricane, according to the governor.

WATCH LIVE: Gov. Abbott to hold news conference at 11:45am to discuss flooding and damage due to Hurricane #Harvey. https://t.co/DagjOvTKc0 pic.twitter.com/FpkCasF6Qs

Texans who rode out the powerful hurricane ventured out Saturday to find widespread devastation as Harvey crashed in on what was “now turning into a deadly inland event,” CNN reported. The station cited “uprooted trees, toppled signs, flagpoles that snapped like toothpicks and clusters of bricks peeled like scabs from walls and rooftops” 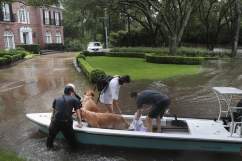 Hurricane Harvey & Houston Flood Victims: How to Get Help

Described as the “ground zero of Hurricane Harvey,” Rockport, Texas appears to have taken the hardest hit from the storm.

The storms are beginning to stall out, however, rain-bands will continue to come in periodically for multiple days, FEMA Adminstrator, William “Brock” Long told MSNBC. He warned that this is still a very dangerous situation and “a lot of the damage is yet to come” because of the continual rainfall. Sustained winds remain up to 75 MPH.

Social media is flooded with video and images showing how absolutely devastating Harvey has become.

“Catastrophic flooding” is expected over the state in days to come: 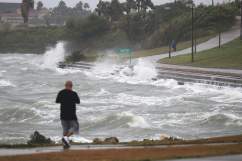