Attorney General Jeff Sessions is making it clear the Department of Justice is trying to get to the bottom of the “leaks” coming out of the White House, and it will resort to new tactics, if necessary.

At a press conference Friday, Sessions said that the DOJ is taking a look at its policies for subpoenaing reporters during investigations into intelligence leaks. The announcement means that the federal government may soon require journalists to reveal their sources.

“One of the things we are doing is reviewing the policies affecting media subpoenas,” Sessions said. “We respect the important role that the press plays, and we will give our support. But, it is not unlimited. They cannot place lives at risk with impunity.”

Sessions earlier: "We will not allow rogue anonymous sources with security clearances to sell out our country any longer."

Sessions said that earlier this year, he told the DOJ to investigate its policies on investigating leaks, and the results were concerning to him. He added that leakers will be “caught and prosecuted” by the DOJ, and lie detectors may be used, if necessary.

Watch a video of Sessions’ announcement below:

Also at the press conference, Deputy Attorney General Rod Rosenstein said the DOJ is in its early stages of reviewing its subpoena policy and will meet with media executives before implementing it, if it decides to.

Sessions’ announcement certainly didn’t sit well with NBC’s Chuck Todd, who said on Twitter that he would ignore the subpoena if the new policy goes into effect.

If DoJ media source threat is real (I assume it's not; just a show presser to please WH) then I look forward to ignoring that subpoena

The same applied to journalist Mike Cernovich, who said he would never out sources and would even risk going to jail if it came to that.

Mike Cernovich of Cernovich Media WILL NOT out sources and will fight any subpoenas, and go to jail if necessary. https://t.co/SmpZJyZFZA

The ACLU also chimed in on the DOJ’s announcement, saying that every American “should be concerned about the Trump administration’s threat” to clamp down on whistleblowers.

After the ACLU’s statement, Chelsea Clinton showed that she supported the press by saying she “just donated” to the ACLU. 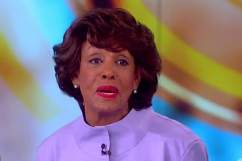 Read More
Donald Trump, Jeff Sessions, Politics, US Politics
Follow Heavy ↓
wpDiscuz
2
0
Would love your thoughts, please comment.x
()
x
| Reply
Attorney General Jeff Sessions on Friday announced that the Department of Justice may soon require media members to give up their sources to stop the leaks.