A viral video posted on Facebook by Page Braswell of North Carolina shows her confronting a man identified as Joe Love, who has a Nazi flag hanging outside his house. In the video, Love tells Braswell to get off his property and that, “This is Nazi f***ing America.”

Since it was posted on August 13, the video has been seen over 460,000 times and shared over 8,600 times. “We need to ALL stand against Nazis. Share far and wide; let’s run this Nazi out of town. For real,” Braswell wrote.

Here’s what you need to know about Love.

1. Love Tells Braswell ‘This Is Nazi F***ing America’ in the Video

The video begins with Braswell driving up to Love’s home in Mount Holly, and you can see a Nazi flag hanging outside his home. The man tells Braswell that his name is Joe Love and is not happy to see her on his property. He asks her why she’s curious about the flag. “Because this is America, not Nazi Germany,” Braswell responds.

“Well don’t worry about it,” Love replies. “You get your ass in the car and get the hell out of here.” He then shows her the middle finger and points it directly at her cell phone camera. “F*** you,” he tells her.

As she walks away, Love asks her what kind of flag she waves. She says she waves a rainbow flag.

“OK, what’s that tell me about you?” Love asks.

Braswell tries to ask him something about Trump, but he keeps telling her to get off his property. “Take your queer ass on, your lesbian ass on… and go off, b****,” he tells her as she walks away. 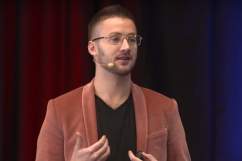 After the video went viral, Love spoke with the Gaston Gazette and insisted that he “doesn’t hate anybody” and is “not trying to wipe out no race.”

“That used to be a religious symbol in India until Hitler got ahold of it,” Love said of the swastika in the interview. “A lot of people don’t know that… I agree with the symbol as it started out as a religious symbol. But as far as backing Hitler and being a white supremacist and Hitler, I’m not into that.”

Love also told the Gazette that he had flew three different Confederate flags outside his house, and they were all stolen. “Every one of them got stolen. I put this one up, nobody wants it,” he said.

The Gazette spoke to three of Love’s neighbors. One said she didn’t even notice it, and another supported his right to fly whatever kind of flag he wants. A neighbor who lives a few houses away said she hated it, but also thought he should be able to post whatever flag he wants on his property.

“A lot of folks died to give me the right to do what I want to do,” Love told the Gazette. “We don’t support our veterans enough.” 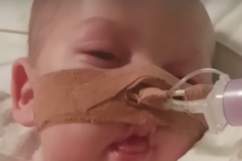 3. Braswell Claimed on Facebook That Love Removed His Flag on August 14

Braswell posted on Facebook that Love removed the flag on August 14. “Just got word: THE NAZI FLAG HAS BEEN REMOVED!!!” she wrote, adding the hashtag “#PowerToThePeople.”

Braswell’s Facebook page has a “Black Lives Matter” logo for a profile. She also wrote that Love deserves to be “commended” if he does take the flag down and “changes his heart and mind.”

“It’s my sincere hope that Mr Joe Love will see the error of his ways, and take the flag down. Bonus if he changes his heart and mind. If he does, we should all commend him for doing so,” she wrote. 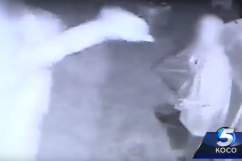 4. Braswell Said She Wouldn’t Have Reacted the Same Way If Love Posted a Confederate Flag

Love told the Gaston Gazette that he will replace the flag with a Confederate flag if it will “make the world a better place.”

In an interview with the Charlotte Observer, Braswell said she wouldn’t have reacted as she did if Love had a Confederate flag out in the first place.

“There are lots of those in Gaston County, which is still horrible,” she said.

“They’ve got to be brave every day. There’s no reason I can’t be brave for two minutes,” she told the paper. “If people are doing it, we need to call it out. If we don’t, it’s just going to get worse.”

5. Braswell Posted the Video the Day After the Charlottesville Violence

The video was posted the day after the violence in Charlottesville, Virginia, where white supremacists clashed with counter-protesters during a “Unite the Right” rally on August 12. Heather Heyer was killed and at least 19 others were injured when a car drove into counter-protesters. Two police officers were also killed in a helicopter crash.

Braswell agrees with social media users who have said that white people should speak out against bigotry and violence.

“Not everyone will be able to confront racism, but here’s the thing: We white people caused this mess, and it’s our mess to clean up,” she told the Charlotte Observer.

The “Unite the Right” rally was organized in Charlottesville because the city planned to remove a statue of Confederate General Robert E. Lee. During the rally, white supremacist and neo-Nazis were seen carrying Nazi flags.