The U.S. economy added 209,000 jobs in the month of July, new data released by the Bureau of Labor Statistics on Friday showed.

The new numbers exceeded the expectations of many economists, who had been expecting somewhere in the range of 180,000 jobs being added to the economy, which, as the New York Times wrote, is a sign that the economy is growing at a faster rate than many had envisioned.

According to the BLS data, the job growth has averaged at about 184,000 new jobs added to the economy per month this year.

The July report showed also showed an unemployment rate of 4.3 percent, down slightly from June’s jobless rate of 4.4 percent.

Read the full BLS jobs report in the document below:

As expected, the positive job numbers had an impact on the stock market, which saw stocks higher in early trading following the release of the BLS report. On Wednesday, the Dow Jones average eclipsed 22,000 for the first time ever.

“This is a Goldilocks report for the markets,” Michael Gapen, chief U.S. economist at Barclays said of the jobs report to The Times.

Overall, the continued positive job growth numbers indicate that the labor market is far more healthier than it has been in recent years.

President Donald Trump had his own reaction to the new jobs numbers, touting his business deals and crediting himself for the positive movement in the job market.

Excellent Jobs Numbers just released – and I have only just begun. Many job stifling regulations continue to fall. Movement back to USA!

Prior to the report being released Friday morning, Trump said that consumer confidence was at a “16-year high” because of regulation, tax cuts and reform for business made across the country.

Consumer confidence is at a 16 year high….and for good reason. Much more regulation "busting" to come. Working hard on tax cuts & reform!

Trump also spoke about new investments coming into the country by foreign companies, including two car companies that will invest over $1.5 billion into the economy and Foxconn’s announcement that it will spend up to $10 billion on a plant in Wisconsin.

Toyota & Mazda to build a new $1.6B plant here in the U.S.A. and create 4K new American jobs. A great investment in American manufacturing!

….and don't forget that Foxconn will be spending up to 10 billion dollars on a top of the line plant/plants in Wisconsin. 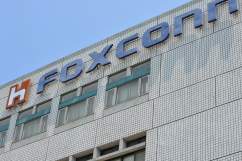