In the span of less than two hours, six American police officers were shot in separate incidents in three different cities in Florida and Pennsylvania.

Two officers were shot in each of the three locations in incidents that started between 9 p.m. and 10:50 p.m. on the east coast.

Two of the officers, in Kissimmee, Florida, have died from their wounds in what the police chief says may have been an ambush. They were identified as Officer Matthew Baxter, a 3-year police veteran who is a father of four and married to another officer on the force, and Sgt. Richard “Sam” Howard, who lived through the night but tragically died on August 19.

Kissimmee Police Chief Jeff O’Dell said in a news conference, “These are beloved fathers and husbands and sons. So we are doing everything we can to support the families.” Police shared the photo of Officer Baxter at the top of this story in June with the caption, “Officer Baxter connects with a local family. Conversations and Slurpee Coupons. All about positive interactions. #OperationChill.”

Officer Howard and Officer Baxter were shot when they responded to a call. Chief O'Dell: Looks as though it may have been an ambush. pic.twitter.com/EOIx3N3asB

The two officers shot in Pennsylvania during a burglary investigation are in stable condition. The officers shot in Jacksonville, Florida, 11-year veteran Michael Fox and 5-year veteran Kevin Jarrell, are in stable condition. They were shot with a high-powered rifle, according to police, by a suicidal suspect allegedly making threats to others in the house after drinking.

Six police officers have been shot in 3 incidents in last few hours. 2 officers killed in Kissimmee,FL, 2 shot in Jacksonville, 2 shot in PA

Kissimmee police identified the suspect in that double officer shooting as 45-year-old former Marine Everett Glenn Miller. A friend who has known Everett Miller for decades told Heavy that Miller posted on Facebook as Malik Mohammad Ali, a page that is filled with anger about Nazis, Charlottesville, Trump and racism, sharing a post about white supremacists infiltrating police departments; Ali’s family says they are still trying to determine whether he was the accused shooter. You can read more about that angle in the Everett story linked above with his name.

Derrick Brabham was identified as the shooter of the Jacksonville officers. The Fairchance police shooter was named as Clarence A. Belsar III. Both Brabham and Belsar were killed at the scenes.

My thoughts and prayers are with the @KissimmeePolice and their loved ones. We are with you!#LESM

Here’s a rundown of what happened in each city:

The shooting in Kissimmee, Florida that killed Officer Baxter and Sgt. Howard occurred in the area of Cypress and Palm Street around 9:30 p.m. on Friday, August 18, according to ABC Action News. Two suspects were in custody and one was still being sought, it was initially reported. However, the chief later said there was one shooter and no ongoing danger to the public. The chief described it as an “ambush.”

“It breaks my heart to have to come to speak to you tonight about another senseless tragedy, one that has resulted in the death of one of our police officers and the grave, critical situation of another,” the police chief said in the news conference. “This evening, Sgt. Sam Howard, a 10-year veteran of the Kissimmee police department and officer Matthew Baxter, a three-year veteran of the Kissimmee police department checked out suspicious persons…in the city.”

The chief said the officers were surprised and didn’t get a round off. According to The Orlando Sentinel, ‘Police have released few details about what happened next. But a ‘scuffle’ broke out, according to Kissimmee Police Chief Jeff O’Dell, and it ended with both Baxter and Sgt. Richard ‘Sam’ Howard, who came to help him, shot.”

A few minutes later, police received the first 911 call that the officers were shot. Responding officers found “two of their fallen brothers gravely injured on the roadway,” the chief said.

Wrote one woman of Officer Baxter on Facebook, “RIP Kissimmee Officer Matthew Baxter. My family knew him and we are heart broken. We are praying for the family and for all those grieving the death of our officers tonight, who serve to protect our community. May peace be with you all.”

There are GoFundMe pages to help the families of both slain officers. The page for Howard reads, “He served in the Army for many years and was a dedicated Officer with the Kissimmee Police Department. He loved to work on cars, go to car shows, loved his job by trying to make his community a safer place.” The page is raising money to help Howard’s daughter and wife, Billie Jo. It shared this photo:

The GoFundMe page to help Baxter’s family reads, “His love for his community and country spread into all areas of his life. Matthew was a loving husband, father, brother, and son. He was an active member of his community, dedicating his free time to volunteering with organizations such as Big Brothers and Big Sisters, Operation Chill, and YMCA’s Get Your Game On. He is survived by his wife Sadia, who is a detective, also with Kissimmee Police Department, and four daughters, ranging in age from 7 years to 7 months. Proceeds will go directly to his young widow.” The page shared this photo:

The suspect, Everett Glenn Miller, is a former Marine who is accused of having two weapons on him when arrested. You can read more about him here: 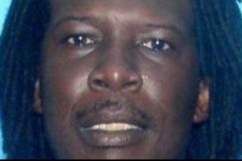 Two #JSO police officers shot: This is a photo of Officer Mike Fox's gun after both hands were struck with rounds from a rifle. pic.twitter.com/cNLIRVZWbJ

According to the JSO briefing by Mike Bruno, officers were dispatched to an attempted suicide call where there were “three additional victims inside the house that had retreated to a back bedroom for their safety. While the officers were en route, the suspect armed himself with a high-powered rifle.” The officers, who were in a group of four-five, could hear gunfire coming from the house. They formed a contact team. They thought it was an active shooter situation inside the house, so they approached the house, the media spokesperson for police said.

As they approached the house and attempted to enter one of the doorways, “the suspect began shooting through the door at the officers.” There was an exchange of gunfire. During that exchange of gunfire, two officers were struck by bullets, as was the suspect. One officer was struck in both hands, and the other officer was shot in his stomach with the rifle fire, said authorities.

“He engaged the officers before they made entry into the house,” Bruno said of the suspect. The house is set back from the roadway quite a bit.

The three people inside the house who weren’t the suspect were not injured.

The suspect, identified as Derrick Brabham, had no criminal history.

Two #JSO police officers shot: This is 25 year old suspect Derrick Rashard Brabham who shot our officers. He was shot and killed by police. pic.twitter.com/knMBkCpl0L

A Facebook page in Brabham’s name was filled with posts about the KKK, racism, police shootings, Black Lives Matter, Donald Trump, and depression. “I wanna say black lives matter but I don’t feel like mine does,” a 2016 post on the page read. However, police have alleged the shootings sparked because of an alcohol-laden domestic violence situation, not political motive.

#JSO says the suspect had no criminal history. They said Derrick Brabham was shooting a M&P15. @ActionNewsJax pic.twitter.com/plP14GkUmH

“The officers were called out to a report of an attempted suicide and threats to harm other individuals inside the home,” Williams said, according to FirstCoastNews.

“We are talking a gun battle within four or five feet of each other,” Williams said of what ensued. “So, the suspect fired at the officers. Two officers were struck and the suspect in the exchange was struck twice.”

“We often talk about the inherent dangers of police work, but tonight those dangers were all too real for these police officers. As they were approaching the house, they knew they were staring danger in the face, and yet they moved forward to meet their commitment they held and that they swore to take for this community,” Bruno said.

Two police officers shot: If you are inclined to do so, say a prayer for our two #JSO officers that have been shot.

The department requested prayers for the officers.

More than a dozen state police cruisers outside of Shop n' Save in Fairchance, Fayette County. #WPXI pic.twitter.com/J4P1G3nY0Z

According to CBS Local, two state troopers were shot in Fairchance, Pennsylvania at around 9 p.m. on the evening of Friday, August 18.

Uniontown State Police told the television station that “a situation” unfolded at a Shop ‘n Save as the officers tried to serve a warrant. In this case, reports CBS local, the suspect is dead. One trooper was shot in the stomach and the other in the hand; one was in surgery, reported the television station. The suspect was later named as Belsar; the troopers’ names have not been released.

The officers were described as being alert and in stable condition.

On Facebook, one woman angrily wrote, “I am tired of seeing people talk foul about Clarence Belsar regardless of his priors or pending charges.. He was a theif (sic), a recovering addict and a wild child.. But he was so much more than that. He was a son a best friend a fiance and most importantly a FATHER!!! He did not deserve to be shot 14x and laid out on the concrete for 4 hours while they investigate. That was over kill and the police set him up.. Now everyone please f*ck off and go on about your day with your family while you still have one.. I will be mourning the loss of my love and my children’s father.. Let me mourn in peace without all of the negative comments..”

She linked to a Facebook page in Belsar’s name that contained this former profile picture:

His intro on Facebook read, “my baby girls are my world i do everything for them” and “making sure me n my family eats.”

Here’s another photo from the page:

His other posts were about his family and selfies.

Station Commander Capt. Joseph Ruggery told reporter Paul Peirce of TribLive that Belsar was a burglary suspect in cases police were investigating. Ruggery told the newspaper that “troopers set up a buy via Facebook for a PlayStation gaming console in Fairchance near the Shop ‘n Save on West Church Street. When Belsar arrived, the troopers identified themselves as police and informed him he was under arrest.” He tried to flee, a struggle ensued and after troopers restrained him, “our investigation shows that he pulled out a .38-caliber handgun from his waistband and fired one round,” Ruggery said to TribLive.

This article will be updated as more information is released.