Two of Paul Manafort‘s associates have reportedly been subpoenaed by Special Counsel Robert Mueller as part of the Russian investigation.

Melissa Laurenza, an attorney who — according to CNN — represented Manafort until just recently and Jason Maloni, his spokesperson, were served subpoenas as part of the ongoing investigation.

“(The subpoenas are) an aggressive tactic that suggests an effort to add pressure on the former Trump campaign chairman,” CNN’s Evan Perez wrote.

Both Laurenza and Maloni have extensive ties to the Washington D.C. area, holding positions at reputable firms in the area. Neither of them denied they were served subpoenas and both chose not to add comment for Perez’s story.

Here’s what you need to know about Laurenza and Maloni:

1. Manafort is Under Investigation Regarding Possible Tax Violations

According to Perez’s report, it’s not completely clear what information investigators have to subpoena Laurenza and Maloni, but doing so to a lawyer of a person that’s under investigation is rare because of attorney-client privilege protections.

Officials who were briefed on Mueller’s inquiries told CNN that the specific investigation around Manafort centers around possible tax and financial crimes; mainly the work he did under the former ruling party of Ukraine before it was dismantled. 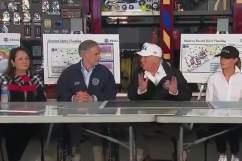 According to her LinkedIn profile, Laurenza earned a bachelor’s degree in European Studies from Vanderbilt University in 1997 and went on to study at the George Mason School of Law. Her first law-related job, according to her profile, was as a staff assistant/legislative correspondent for the office of Senator Mitch McConnell of Kentuckky.

After that, Laurenza spent one year as the deputy to the director of finance and administration at the National Republican Senatorial Committee. 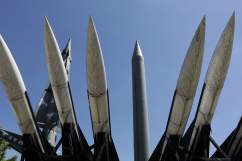 North Korean Missile Launch: What Path Did it Take?

3. Laurenza Is a Partner at a Washington D.C. Firm

Following her one-year sting at the National Republican Senatorial Committee, Laurenza worked in the legal counsel and was a senior policy advisor for the Federal Election Commission. She held the job for six years (2000-2006) before moving on to work Akin Gump Strauss Hauer & Feld LLP., a law firm based in Washington D.C. where she’s currently employed.

Laurenza’s exact title at the firm is senior political law counsel, and that’s where she started representing Manafort.

Maloni earned his bachelor’s degree in communications from the University of Dayton back in 1992 and was the president of the Rugby Club at the school. After obtaining his degree, he went on to intern on Capitol Hill and then was a public relations executive at Marina Ein PR in D.C. He held that position for three years before moving on to work at Powell Tate, another D.C. PR firm.

In 1998, Maloni became the director of research and strategy for The Bivings Group. There, he was “involved in digital engagement and issues management in the early days of the web,” his LinkedIn profile said. He worked at another PR firm before creating his own media strategies company, called Black Arrow Media Strategies.

In 2007, he spent two months as the manager of the U.S. Men’s National Rugby Team and “managed all aspects” of the team during its training camp before the IRB 7s tournament in Dubai and South Africa. 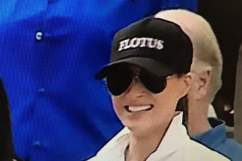 5. Laurenza & Maloni Are 2 of Dozens of People Who’ve Been Subpoenaed

The subpoenas issued to Laurenza and Maloni make them become just two of “dozens” of people Mueller’s investigation team has issued subpoenas to in recent months while investigating potential Russian meddling during the 2016 presidential election.

The specific investigation of Manafort, however, has been ongoing for “years,” the CNN report said, adding that the Department of Justice at one point didn’t believe there “was enough evidence to pursue charges.”

But since the start of the year, the investigation into Manafort has gotten new life and progress continues to be made by Mueller and his team.

In July, the team raided Manafort’s Virginia home at dawn while he slept in his bedroom. But reports said that the documents obtained by the raid were mostly the same ones that he voluntarily turned over to investigators.