CBMW "The Nashville Statement" was issued Tuesday by a group of Evangelical leaders.

A group of over 150 evangelical leaders on Tuesday came together to release an eight-page statement regarding their views on homosexuality and Christianity today.

The manifesto, dubbed “The Nashville Statement,” was released by the Council on Biblical Manhood and Womanhood and reiterates the belief from the group that marriage should be strictly between a male and a female, denounces those who identify as transgender and also those who support the lifestyle.

“By and large the spirit of our age no longer discerns or delights in the beauty of God’s design for human life,” the statement says. “Many deny that God created human beings for his glory, and that his good purposes for us include our personal and physical design as male and female.”

The statement starts with a preamble and breaks the leaders’ beliefs down into 14 separate articles.

Article 10 reads: “We affirm that it is sinful to approve of homosexual immorality or transgenderism and that such approval constitutes an essential departure from Christian faithfulness and witness. We deny that the approval of homosexual immorality or transgenderism is a matter of moral indifference about which otherwise faithful Christians should agree to disagree.”

The statement was released by the group as an effort to reevaluate the ever-changing culture in America and the effect it has on those with Christian beliefs.

“Evangelical Christians at the dawn of the twenty-first century find themselves living in a period of historic transition,” the opening paragraph says. “As Western culture has become increasingly post-Christian, it has embarked upon a massive revision of what it means to be a human being.”

Signatures from the group include many evangelical pastors such as J.I. Packer, Francis Chan and John MacArthur.

Read the full “Nashville Statement” in the document below:

When the CBMW was founded 30 years ago, it issued “The Danvers Statement,” which largely affirmed the differences between males and females. That statement came after there was an uptick in feminism, and leaders feared that men and women “were losing their biblical distinctions,” Christian Today wrote.

Read the full “Danvers Statement” in the document below:

Instead of pointing out how each gender should live with one another, the “Nashville Statement” instead lists separate points that defend the existence of the two genders.

The release of the document received heavy scrutiny online for its reluctance to live within a progressive society. Upon its release, Nashville Mayor Megan Barry called the statement “poorly named,” adding that it’s not representative of the city that she represents.

By Tuesday evening, the hashtag #NashvilleStatement was trending worldwide on Twitter, and thousands of people weighed in.

Joel Osteen: no way anyone can top how tone deaf and Biblically blind I've been during Harvey #NashvilleStatement: hold my grape juice

Honest to god no one thinks about gay sex more than those who claim they can't stand the thought of it. #NashvilleStatement

Anyway, the #NashvilleStatement is vile, but it's gonna cost those bigoted assholes tons of compassionate young people ? https://t.co/hvsSEKtgeX

As the mom of a gay daughter, the #nashvillestatement and the list of its supporters is proof that she's doing it right. #resist pic.twitter.com/YYCBYladmY

The #nashvillestatement is the most unchristian piece of garbage I've read in a long time. Modern-day Pharisees doing real & lasting damage. https://t.co/f0MVGqSns0

The “Nashville Statement” comes more than four years after Pope Francis released a statement of his own addressing LGBTQ issues in the Catholic Church.

“If someone is gay and searches for the Lord and has good will, who am I to judge?” he said.

As TIME noted, Pope Francis’ words greatly contrasted those before him and sent “shockwaves throughout the Catholic Church” and the rest of the world.

“A person once asked me, in a provocative manner, if I approved of homosexuality,” Pope Francis said in his statement. “I replied with another question: ‘Tell me: when God looks at a gay person, does he endorse the existence of this person with love, or reject and condemn this person?’ We must always consider the person. Here we enter into the mystery of the human being.” 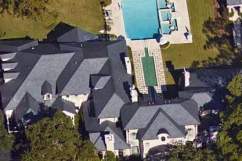