This morning, the Korean Central News Agency, the media arm of North Korea and Kim Jong-un, warned President Trump and his administration to “talk and act properly.” It also called the ongoing crisis between the two nations a “tragicomedy.”

KCNA: "If the Trump administration does not want the American empire to meet its tragic doom…, they had better talk and act properly."

KCNA: "U.S. has done all sorts of wrongs to the DPRK…now it finds itself in an ever worsening dilemma…This is tragicomedy of its own making"

The latest statement comes just a day after the North Korean government responded to Trump’s “locked and loaded” tweet, where the president said that the U.S. has military solutions ready for North Korea.

Following the tweet, North Korea media released the following statement, with references to the 1950-1953 Korean War. It reads:

Trump is driving the situation on the Korean peninsula to the brink of a nuclear war, making such outcries as “the U.S. will not rule out a war against the DPRK”.

From historical point of view, the U.S. criminal attempt to impose nuclear disaster upon the Korean nation is not of recent occurrence.

After provoking the Korean war in 1950, the U.S. made desperate efforts to put into practice its plan for using A-bomb worked out before the war.

Whenever the war situation had gone against its will due to the powerful strike made by the Korean People’s Army, the U.S. tried to use A-bomb in a bid to win the “honorable victory”.

MacArthur, the then commander of the U.S. forces in the Far East, in secret telephone talks with the then U.S. President Truman claimed the use A-bomb in the Korean war.

He went the length of saying that according to his plan to drive the enemy into a tight corner, only an A-bomb was needed to destroy the one and only route from Manchuria of China and Vladivostok of Russia to Korea and it would take six months to restore it, as there were many tunnels and bridges along it.

And voices demanding the use of A-bomb in the war could be heard even from U.S. hard-line congressmen.

At that time, a British newspaper reported that B-29 and B-50 with the mark of atomic bomber in their tails frequented Yokoda air base in Japan.

In November 1950, Truman said in his statement that the U.S. would use A-bomb against north Korea. Timed to coincide with it, the U.S. imperialists deployed B-47 strategic bomber having A-bomb on board at its air base in Okinawa, Japan. And in December that year, they stored A-bombs on an aircraft carrier anchoring in the waters off Inchon, south Korea in top secrecy and kept its planes ready for action.

The U.S. imperialists dared not use A-bomb due to the strong protest of the international community, but such attempt was continued by those American warmongers like Eisenhower and Ridgway in the whole course of the Korean war.

All these facts go to prove that the U.S. is, indeed, the mastermind of nuclear threat, the heinous nuclear war fanatic.

Today’s statement by the KCNA is just the latest addition to the growing hostilities between the two countries. Earlier this week, North Korea threatened to launch missiles at the U.S. territory of Guam. The threat on Guam spurred U.S. ally’s Japan and South Korea to warn North Korea against such action, reports The Hill. North Korea’s plan to fire missiles at Guam also had them flying in Japanese airspace.

Other members of the Trump administration have been vocal in their warning to North Korea. On August 9, Secretary of Defense James Mattis said in a statement that North Korea’s actions “will continue to be grossly overmatched by ours and would lose any arms race or conflict it initiates.” 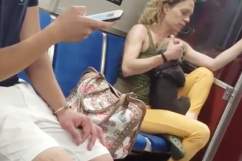