Nebraska has attracted thousands of tourists from across the country for today’s Great American Eclipse of 2017. That’s because almost the entire state is in the “path of totality,” meaning that residents will experience a total solar eclipse. The city of North Platte, which has a population of 24,000, has become a hot spot for eclipse fans. Read on for a map of Nebraska during the eclipse, as well as the weather and cool events happening in the North Platte area.

The “path of totality” covers 478 miles of Nebraska, the longest stretch of the path over a single state. That means most Nebraskans can see the total solar eclipse.

According to the National Weather Service, North Platte is expected to see a high of 89 degrees, with a few clouds in the sky. There is a 20 percent chance of precipitation in the afternoon, along with thunderstorms.

Since the entire length of Nebraska is in the path of totality, North Platte’s government set up a whole site dedicated to the eclipse. They note that while North Platte is a great place to see the total solar eclipse, it’s even better if you drive to nearby Tryon and Stapleton. There, you’ll get to see a full total solar eclipse with two minutes and 34 seconds of totality. Stapleton is a small town of only 300 residents, while Tryon is home to just 157 people. Both communities are part of the North Platte Micropolitan Area.

NASADetail of the Nebraska map, including the North Platte area.

Stapleton is hosting an event at the fairgrounds, with tickets costing $10 per person. That includes parking and the all-important solar eclipse glasses. Unfortunately, all tickets have already been sold.

The Omaha World-Herald reported that the North Platte/Lincoln County Visitors Bureau chose to work with Tryon and Stapleton to promote those communities, since they will experience the longest period of totality in the area. The North Platte Visitor Center off Interstate 80 was selling solar eclipse glasses for $3 a pair.

“The Stapleton and Tryon viewing sites were so reasonably priced ($10 at Stapleton and $15 at Tryon) that even if people who already bought tickets there decided at the last minute to stop somewhere else along the way, they’re really not out a huge amount of money,” Muriel Clark, assistant director of the North Platte convention and visitors bureau, told the World-Herald.

The full list of viewing sites in the Nebraska Sandhills can be found at 2017NebraskaEclipse.com. Here’s the list of places in or near North Platte: 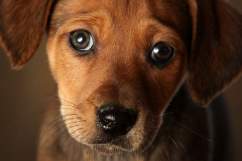 Can Pets Like Dogs & Cats Look at the Solar Eclipse?

Loading more stories
wpDiscuz
0
0
Would love your thoughts, please comment.x
()
x
| Reply
North Platte, Nebraska is one of the cities close to the path of totality for the Great American Eclipse of 2017. Find out when the eclipse will happen there.