White House Chief Strategist Steve K. Bannon, the defiant populist at the center of President Trump’s nationalist message, is “out,” according to the Drudge Report.

The New York Times has confirmed it. However, they cautioned, “The president and senior White House officials were debating when and how to dismiss Mr. Bannon. The two administration officials cautioned that Mr. Trump is known to be averse to confrontation within his inner circle, and could decide to keep on Mr. Bannon for some time.”

The announcement came after reports that Bannon was in “limbo” after a political fallout with many of Trump’s top advisors, including Fox News CEO Rupert Murdoch and National Security Advisor Lt. Gen. H. R. McMaster. The New York Times writes that McMaster had even refused to even work with Bannon.

Bannon had been at the center of the controversy surrounding Trump’s perceived sympathy towards white supremacists and neo-Nazis, particularly after this past weekend’s terrorism in Charlottesville, Virginia.

Prior to joining the Trump team, Bannon had been executive chair of Breitbart News, a far-right news site.

See the funniest memes about his dismissal below:

NYT reporting that #SteveBannon is out. Bannon insisting he resigned, Trump insists Stephen Bannon was fired. Let's hope Trump is next. pic.twitter.com/rYKqTzvlNd 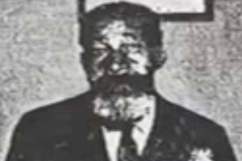 Loading more stories
wpDiscuz
2
0
Would love your thoughts, please comment.x
()
x
| Reply
White House Chief Strategist Steve K. Bannon, the defiant populist at the center of President Trump's nationalist message, is "out," according to reports. See all the memes here.