Sgt. Steve Perez, a 34-year veteran in the Houston Police Department’s Traffic Enforcement division, was remembered by the city’s heartbroken police chief as a dedicated and gentle public servant who left home in the midst of danger because he told his wife “we’ve got work to do.”

The sergeant drove around for more than two hours looking for a path in the storm before dying in it, and his devotion to helping the community was raised as an example of the positive spirit – civilian and official alike, banding together – that has enveloped Houston during the Hurricane Harvey disaster.

His eyes filling with tears and his voice cracking with emotion, Houston Police Chief Art Acevedo pledged that the city and department would give the slain officer, who drowned in the flooding, full honors. Perez disappeared while trying to reach his work station; he had gone to work even after his wife and father-in-law, a war veteran, urged him to stay home.

Perez "died in trying." RIP, sergeant. Houston thanks you and mourns all who have died in #HarveyFlood.

Perez, 60, is one of multiple people who have died in the Hurricane Harvey aftermath. A family of six, the Saldivar family, is also missing in the flooding and feared dead.

The police chief provided two links for those wishing to help Sgt. Perez’ family or Houston police in general: Go here or here.

1. Perez Left His Home at 4 a.m. & Drowned While Trying to Get to His Duty Station

Acevedo said that Sgt. Perez left his home in the very early morning hours on Sunday, August 27 “to get to his work station.”

“Our investigation has determined that he spent 2.5 hours driving around trying to get to his duty station in the traffic enforcement division, in downtown Houston,” the chief said. “He could not find a path.”

It is with a heavy heart that we announce the tragic in the line of duty death of Sergeant Steve Perez. pic.twitter.com/cHJxjnFgII

“Heavy rain, dark roadways, who knows what else he saw,” Acevedo said. Perez called his chain of command and said, “Listen I can not get to my primary duty station,” the chief said, adding, “Being the dedicated professional this man was, he followed our protocol which was to go to a secondary location, the nearest location he could get to.” That was the last time anyone heard from him. 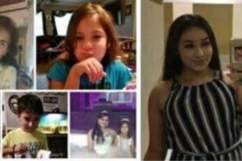 2. The Sergeant’s Disappearance Was Noticed at a Monday Roll Call

.@ArtAcevedo gets emotional describing the loss of one of his officers who died in the floodwaters Sunday https://t.co/EHZp5Dar4j #RIP pic.twitter.com/TJ9fO2mng2

The flooding was so bad that Perez’ primary work location was evacuated. In the chaos, his absence was first noted at a Monday roll call.

On Monday the 28th, “his chain of command was holding their regular roll call when they noticed that Sgt. Perez was not present. They started making attempts to reach him and couldn’t reach him,” said the chief.

Our hearts are heavy, but we will get through this. #HoustonStrong pic.twitter.com/FhiyiNTDcQ

He added, “This man is a dedicated individual who would not just not show up for work.”

Increasing fears, Perez’ wife “advised us that she had not seen her husband since 4 a.m. on the 27th. We immediately began an extensive search of a potential path of travel. We utilized other investigative techniques to try to locate him,” said Acevedo.

3. Police Found Perez’ Last Location But Conditions Were Too Bad to Initially Reach Him, Even With the Cajun Navy’s Help

RIP, Sgt. Steve Perez of #HoustonPolice
Died in flood. Praying for your family at home, your police family & the #US. pic.twitter.com/YYhxfpONQy

“It was too treacherous to go under and look for him. I made a decision to leave officers there to wait until the morning. As much as we wanted to recover him last night, we couldn’t put other officers at risk in what we knew was going to be a recovery mission. Even though we had a high probability he was gone, we always held on to hope,” the chief said, adding that he told Perez’ wife that they were still looking for him and checking hospitals.

4. Perez’ Body Was Recovered & It Was Determined He Drove Into an Underpass

Condolences to the family and friends of @houstonpolice Sgt. Steve Perez who died in #Harvey floodwaters while responding to duty. pic.twitter.com/p4RFY86pZO

On the morning of August 29, the dive team went out in the darkness and determined that “Sgt. Perez drove into an underpass, drove into the water, and he died in the flood in a drowning type of event,” Acevedo said.

Our thoughts and prayers are with the family, friends and colleagues of fallen @houstonpolice Sgt. Steve Perez. pic.twitter.com/xkBi7XcmLL

The chief added, “I had the privilege of notifying his wife and his son and extended family that he died and laid down his life” for Houston and the country.

The Houston Police said on Twitter, “There is a picture of our fallen hero draped in an American Flag; out of respect for the family, please refrain from sharing it.”

5. Perez Was Remembered as a Man of Faith Who Told His Wife There Was Work to Do

Houston police chief describes the effort to save Sgt. Steve Perez, who died while trying to get to work in areas hits by Harvey pic.twitter.com/3pDdrYftUk

Chief Acevedo said he was “heartened” by the fact he soon realized of the Perez family that this was a “family of faith, faith in God, there’s hope in eternal life. It gives us collective strength.”

“The wife told me she had asked him not to go in, and Steve was one of the sweetest people I’ve met in this department… I knew who Steve Perez was because he was a sweet, gentle public servant. She tells me, I told him not to go, his father in law, a Korean combat veteran, told him not to go and he said, ‘We’ve got work to do.'”

Added the chief: “He spent close to 2.5 hours because he has that in his DNA. So I told his wife, if the Lord’s going to take him today how do you think he would want to go, laying in bad, watching a disaster, or doing what he’s done for 34 years. The smile that overcame that woman’s face, that beautiful wife, said it all. If it’s his turn to go, she said, ‘This is the way he would want to go.'”