Just hours after an early morning raid by the FBI on the home of former Trump campaign chairman Paul Manafort, the president tweeted about why Attorney General Jeff Sessions hadn’t removed then-Acting FBI Director Andrew McCabe from his position.

The tweets came at 9:48 and 9:52 a.m. on July 26. Just a few hours earlier, the FBI had executed a pre-dawn raid on Manafort’s D.C. home, serving a search warrant, the Washington Post first reported Wednesday. It is not known if Trump was aware of the raid on Manafort’s home when he sent the tweets, which you can see below:

Why didn't A.G. Sessions replace Acting FBI Director Andrew McCabe, a Comey friend who was in charge of Clinton investigation but got….

…big dollars ($700,000) for his wife's political run from Hillary Clinton and her representatives. Drain the Swamp!

In the tweets, President Trump called McCabe a “Comey friend” and inaccurately said he oversaw the investigation into the Hillary Clinton investigation and had received “big dollars” from Clinton and her representatives for his wife’s political campaign. McCabe’s wife, Jill McCabe, ran for a seat in the Virginia State Senate in 2015, while McCabe was overseeing the FBI’s D.C. field office and working on counter-terrorism investigations. Jill McCabe did receive contributions to her campaign from the state Democratic party and Virginia Governor Terry McAuliffe, a Democrat who has been a longtime ally of Clinton, but there is no indication that the money was given to Jill’s campaign by Clinton herself.

McCabe was the FBI’s deputy director under Comey from February 2016 until Trump fired Comey on May 9, 2017. McCabe became the acting FBI Director after Comey was fired. He has since returned to the deputy director role after Christopher Wray was sworn in to lead the bureau last week. McCabe did not have a role in the Clinton investigation when his wife was running for office, according to the Los Angeles Times, and her campaign was over when he became deputy director, putting him in position to participate in the Clinton probe, the Times reports.

According to the Washington Post, the July raid on Manafort’s home was related to the investigation by special counsel Robert Mueller into Russian meddling in the 2016 election. Agents seized documents and other materials during the raid, the Post reports.

“Mr. Manafort has consistently cooperated with law enforcement and other serious inquiries and did so on this occasion as well,” said Maloni, the spokesman for Manafort, told the Post. 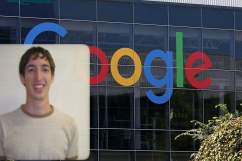