A state police helicopter patrolling the race riots in Charlottesville has crashed on Old Farm Road, near the Birdwood Golf Course at the University of Virginia in Albemarle County. 2 troopers are dead, reports CBS.

The crash happened around 4:50 p.m. today. Soon after, video and photos surfaced.

Later, a video showing the police audio about a “helicopter down” was shared.

According to the Lynchburg News & Advance, “Neighbors say the helicopter hovered low over houses before going into nearby woods.” The FAA has released the following statement:

The crash was also tweeted about by the Virginia Professional Fire Fighters president, Robert Bragg III. According to Bragg, those in the helicopter were dead on arrival.

Videos of VSP aircrafts patrolling the air have been shared since the riots broke out this morning. The crash comes after video surfaced of a car ramming into a group of counterprotesters at today’s white supremacist rally taking place at the university. In the video, a group waving LGBTQ flags and “Black Lives Matter” signs is run down by a vehicle. According to Charlottesville Mayor Mike Signer, at least one person is dead from the attack with another 19 injured.

The protests were in response to this weekend’s “Unite The Right” rally, an event that drew white nationalists from all over the country to Charlottesville in response to the City Council’s vote to remove a statue of Confederate general Robert E. Lee. 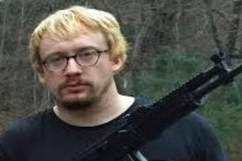