Hours after Sen. Susan Collins announced she would vote against the Graham-Cassidy health care bill, the legislation’s namesake took part in a debate.

Sens. Lindsey Graham (R-SC) and Bill Cassidy (R-LA) took part in a CNN Town Hall debate with Sens. Bernie Sanders (I-VT) and Amy Klobuchar (D-MN). Both sides fielded questions from various audience members regarding specific parts of the bill, which would repeal individual and employer mandates and calls for a block grant program to be created in place of federal funds that were directed toward expanding Medicaid.

But Collins’ no vote means the bill is all but dead and destined to fail on the Senate floor. Now, it’s up to Senate majority leader Mitch McConnell (R-KY) to decide whether to move on from the bill or go to a vote regardless.

Watch the full video from the debate below:

Cassidy and Graham are co-authors of the newest effort to repeal and replace the Affordable Care Act, and Sanders recently introduced a “Medicare for all” bill. The Senate had until the end of September to pass a bill with a simple majority — 51 votes — under the reconciliation procedure.

“Health care is a deeply personal, complex issue that affects every single one of us and one-sixth of the American economy,” she said in a statement. “Sweeping reforms to our health care system and to Medicaid can’t be done well in a compressed time frame, especially when the actual bill is a moving target.”

Breaking: Susan Collins is a NO. Her statement: pic.twitter.com/QKgv8wrsde 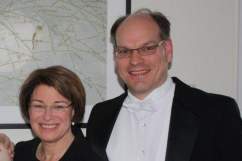