Facebook/EBUZZ A double tornado is seen hovering above the sea.

Hurricane Irma is expected to barrel through the state of Florida this weekend, causing major devastation including storm surge, wind damage, heavy rain and tornadoes.

According to weather.com, “Isolated tornadoes will be a concern into early next week.” 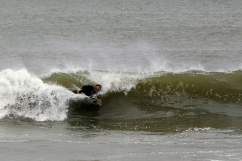 The Sun-Sentinel reported that a “tornado watch was issued for South Florida Saturday, as Hurricane Irma continued its march toward a potentially catastrophic landfall in the Florida Keys.” The station noted that a “possible twister” was spotted “approaching a town on the southwest coast of Florida.” 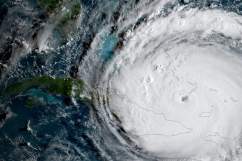 Hurricane Irma: What Is The Current Size?

Parts of Florida are currently under a Tornado watch until Sunday, September 10th at 12:00 a.m.:

A tornado watch has been issued for parts of Florida until 12 AM EDT pic.twitter.com/ALJvqUqjCf

Severe warning from National Weather Service in Key West on #Irma: "***NOWHERE IN THE FLORIDA KEYS WILL BE SAFE***"
GET OUT. NOW. https://t.co/6MEcMCokGr

“This is as real as it gets, NWS Key West tweeted in all caps. “Nowhere in the Florida Keys will be safe. You still have time to evacuate. Please RT. #IRMA.”

Many are urging Floridians to take the warnings seriously. “Please listen to the national weather service! If you are in the Florida Keys GET OUT NOW,” @Mrch4ScienceBOS tweeted:

Please listen to the national weather service! If you are in the Florida Keys GET OUT NOW https://t.co/BkQ3x0UcJv

“Hurricane Irma is prompting one of the largest emergency evacuations in American history,” The New York Times tweeted:

Hurricane Irma is prompting one of the largest emergency evacuations in American history. Live updates: https://t.co/GLCcp64Gvp

Frank Guzman tweeted photos of damage by a “possible tornado” in Southwest Miami-Dade:

Winds were blowing at 175 mph as of Thursday afternoon when meteorologist Jeff Weber, of the National Center for Atmospheric Research, compared the storm to a very wide tornado. “That’s similar to a tornado, except this tornado is 80 miles wide,” Weber said, according to Vox.

Florida Gov. Rick Scott warned those in evacuation areas to “get out now.” Read more below: 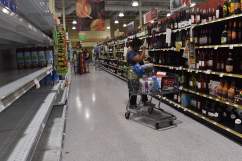 Hurricane Irma Evacuation: Is it Safe to Leave Florida? 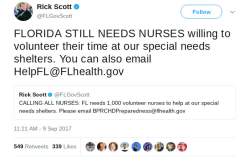 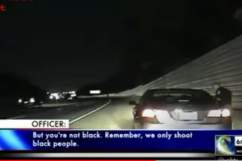 Loading more stories
wpDiscuz
0
0
Would love your thoughts, please comment.x
()
x
| Reply
As Florida braces for the inevitable Hurricane Irma, residents also need to be cautious of tornadoes. Click here for footage of a double tornado caught on film.