Miami-Dade County officials are preparing for significant damage from Hurricane Irma, a Category 4 hurricane with 150 mph sustained winds as of Friday morning. Mandatory evacuations have been ordered for all of Zones A, Zone B and portions of Zone C, so it is important for residents to familiarize themselves with the evacuation zones. School was cancelled for Thursday and Friday.

UPDATE: More shelters have been opened for Miami-Dade County as others have reached full capacity. For a full list of shelters, scroll to the bottom of this post. For the most up-to-date information, follow Miami-Dade on Twitter.

The latest evacuation orders from Miami-Dade officials are: mandatory evacuations for all mobile homes, all of Zones A, B, and portions of C. “Residents living in the portions of Zone C south of Coral Way should be preparing to evacuate.” Also, Miami-Dade Transit buses will be providing service to shelters until 10:00 p.m. Friday night, according to the Miami-Dade government. Call the 311 Contact Center or visit MiamiDade.gov/emergency for the closest pick-up location.

A Hurricane Watch is in effect for Miami. The city is also covered under a Storm Surge Watch.

Miami-Dade CountyWhere you are located in the Storm Surge Planning Zone determines when or if you have to evacuate.

The Miami Herald reports that this could be Miami-Dade’s first major evacuation in 12 years. Miami-Dade County Mayor Carlos Gimenez said earlier that he would issue evacuation orders as soon as late Wednesday or early Thursday. However, his staff was already preparing for thousands of residents being evacuated before coastal flooding can happen.

The first zones that will be evacuated under the planned orders will be A and B, the two closest to the coast. The Herald notes that this could be expanded if the need arises.

Zone A includes most of Coastal Miami-Dade, while Zone B includes Miami Beach. In addition to the map above and below, you can click here and type in your address on the upper left corner to find out which zone you are in.

“This is a powerful storm which poses a serious threat to our area. We will be taking some extraordinary actions to ensure that the residents of Miami-Dade County are safe,” Gimenez said on Tuesday. “I would rather inconvenience our residents on this occasion than suffer any unnecessary loss of life if we are hit by Hurricane Irma.”

Local10 reports that evacuations for those with special needs will start Wednesday morning and shelters are already opening. County offices are closed Thursday and Friday, and Gimenez asked tourists to start planning to leave the county before the storm hits. The mayor said that shelter should only be used as a last resort and police won’t be checking in on residents to check if they leave.

Gimenez held off on issuing a Mandatory Evacuation order until late Wednesday. Those living on the barrier islands and low-lying areas could be asked to evacuate before Irma arrives.

Here is the full list of shelters in Miami-Dade County, from Miami-Dade.gov. Not every shelter will be open for every evacuation. The shelters that are already open are in bold. Residents can dial 311 for evacuation information.

For details on the Emergency & Evacuation Assistance Program, which is designed to help individuals who need help evacuating, click here. Miami-Dade also provides an Emergency Evacuation Pick-up Sites, where a bus will pick up those who need transportation to shelters. You can find the full list of pick-up stops by clicking here.

For more on Hurricane Irma evacuations and shelters, click below. 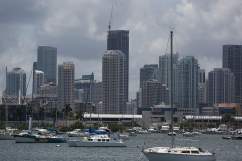 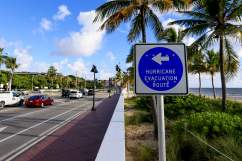 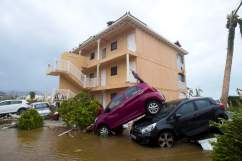 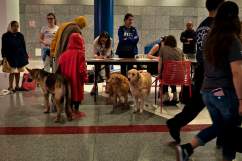 Loading more stories
wpDiscuz
0
0
Would love your thoughts, please comment.x
()
x
| Reply
Miami-Dade County is planning a major evacuation because of Hurricane Irma. Find out what evacuation zone you live in and a list of shelters.