Six years after St. Louis Police officer Jason Stockley shot Anthony Lamar Smith to death after a police chase and was accused of planting a gun on him, he was found not guilty of first-degree murder.

The not-guilty verdict was handed down by Judge Timothy J. Wilson, a longtime circuit court judge for the 22nd Circuit Court in Missouri.

“This court, as the trier of fact, is simply not firmly convinced of defendant’s guilt,” Wilson wrote in his verdict. “Agonizingly, this court has poured over the evidence again and again. This court has viewed the video evidence from the restaurant’s surveillance camera, the cameras in the police vehicle, and the cell phone video by the lay witness, over and over again – innumerable times.”

And this, from the judge in the case of Officer #JasonStockley who killed #AnthonyLamarSmith. pic.twitter.com/1wIvZBZ2hL

Stockley’s trial started August 1, and prosecutors argued that the officer clearly intended to kill Smith by firing a “kill shot” and then planting a gun after the shooting. During the trial, an FBI expert testified that at least one shot was fired at Smith from less than 6 inches away, KMOV News reported.

In another portion of the verdict, Wilson writes that “the state did not prove beyond a reasonable doubt that Stockley did not act in self-defense.”

Read the verdict in the court document below:

Stockley, 36, was removed from the police force following the incident and had been charged with first-degree murder. If convicted, Stockley faced a maximum sentence of up to life in prison without parole. Instead, Stockley is a free man.

Here’s what you need to know about Wilson:

Wilson earned his bachelor’s degree from St. Louis University and then his J.D. from the same school years after. After serving as a trial attorney in the U.S. Department of Justice Honors Program from 1973-1978, Wilson became the Assistant U.S. Attorney for the Eastern District of Missouri. He held that position from 1978 until 1989, when he was appointed to the circuit court bench.

One of the biggest cases Wilson resided over when he was assistant U.S. attorney involved two former Anheuser-Busch executives and an advertising agency. In 1988, the state accused the three of plotting a kickback scheme.

Wilson found all three guilty of trying to defraud the brewery and they received prison terms.

As a circuit court judge in St. Louis, Wilson has resided over many high-profile cases.

One of those came in 1994 when he accepted a guilty plea from Patrick Hunter Ford, who murdered Nora Lee Attaway of Dogtown in 1991. Ford was the son of a notable St. Louis TV anchorman, Dick Ford, and was sentenced to life without parole by Wilson.

Then in 2002, Wilson sentenced a man who struck and killed a 7-year-old boy with his vehicle outside of the St. Louis Zoo to 15 years in prison. At the time, it was said to be the longest-ever sentence for involuntary manslaughter.

Later that year, Wilson was the judge who freed Larry Johnson from prison after new DNA evidence showed he didn’t commit a rape. Johnson had unjustly served 18 years in prison. 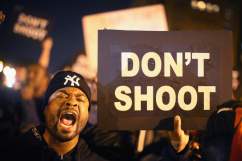 2. Wilson Has Used Tactics to Steer People Away From Jail

According to the St. Louis Post-Dispatch, Wilson, 69, has become known at the Carnahan Courthouse to use various tactics to deter people from coming back to jail. It starts with the lackluster food menu at the jail cafeteria.

The Dispatch says Wilson is known to stand behind his bench and at times has asked defendants about the quality of food they ate while in jail.

“When releasing people on probation, he’ll offer a reminder about the jailhouse menu to deter them from ever coming back,” the article said. 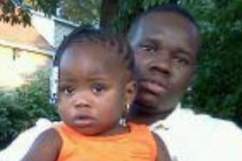 3. Wilson’s Ruling was one of his last ever as a judge

Wilson will turn 70-years old in December, which means he’ll reach the mandatory retirement age in Missouri for most judges. Missouri’s Constitution says that all judges who turn 70 must retire unless you’re a municipal judge. If that’s the case, the retirement age is 75.

Therefore, Wilson’s ruling on the Stockley case will likely be one of his final ones from the bench.

“For the rest of his life, including his obit, this is the one case he’s going to be remembered for,” Mike Wolff, a former Missouri Supreme Court chief justice told The Dispatch. “Whatever he’s doing, I think he’s going to try to explain himself and how he interprets the evidence. That’s the stakes for the judge.”

Prior to his ruling on the Stockley case, many co-workers and colleagues of Wilsons described him to The Dispatch as a very experienced, “well-respected judge” who knows the law extensively and holds no personal bias in any case.

“He’s very methodical and a very objective judge,” former St. Louis circuit court judge Jack Garvey told The Dispatch. “He really will review everything before he makes a decision. I don’t think he’s ideological in any way. He just takes each case as they come to him.”

Defense Attorney Joel Schwartz said Wilson has resided over “thousands of cases” in his tenure and has a clear understanding of the evidence in cases.

In addition to that, many describe Wilson as one to have a sense of humor. Colleagues told The Dispatch that he has many trinkets and cartoon clippings in his office at the courthouse. The newspaper says that Wilson has a “large collection of Three Stooges episodes on tape” and a replica leg lamp like in A Christmas Story. Colleagues say every year he decorates a Christmas tree that “takes up much of his office space.”

5. Wilson’s Verdict in the Stockley Case Has Caused Protests

Almost immediately after Wilson ruled Stockley was not-guilty of murder, numerous demonstrators protested outside of the courthouse.

According to The Dispatch, protesters blocked an on-ramp to Interstate 64 and demanded the resignation of officers of the St. Louis Police Department. Some also called for “an economic boycott” of the city.

As protesters marched throughout the city, police were close by, with patrol officers on bikes blocking some of their access to streets.

Protestors tried to get in convention center. Told a few colleagues to stop banging on windows. Called for hugs. #stockleyverdict pic.twitter.com/KSJoNNJYl8

Some activists also held press conferences nearby the courthouse calling for justice for Smith.

“We are all subjected to white supremacy and there’s nothing we can do about it,” activist Johnny Roberts said to the news outlet while protesting. “What can we do about it?”

So far, a majority of the protests have remained peaceful.