An Ohio man has been captured after four people, including an 8-year-old boy, were found murdered in a rural town. Officials in Ohio captured Arron Lawson, 23, after a manhunt that lasted over 24 hours, on October 13.

On the night of October 11, four people were found shot dead inside of a trailer home in the town of Pedro, Ohio. The area is located 130 miles east of Cincinnati and across the Ohio River from Huntington, West Virginia. An 8-year-old boy was killed as part of the attack. He has was named as Devin Holston.

1. Devin Holston’s Body Was Hidden in the Home

Young Devin Holston was first reported as being an endangered and missing discovery after the dead bodies were first discovered in Lawrence County, Ohio, reports WSAZ. After a statewide alert, Holston’s body was found in the home.

Lawrence County Sheriff Jeffrey Lawless told the media that Holston’s body was hidden in the home. Lawless said in a press conference, “We no longer have a missing child, what we have here is a horrible, horrible tragedy.” Holston’s mother, Staci Ann Jackson, 25, was also killed during the incident.

2. Lawson Has a Tattoo that Reads: ‘Only God Can Judge Me’

According to Lawson’s Facebook page, the suspect is a native of Huntington, West Virginia. At the time of his arrest, Lawson was living in South Point, Ohio. Lawson attended Ironton High School.

At 12:30 a.m., police came upon Arron Lawson’s blue Chevrolet truck along SR 141, reports WSAZ. Following a brief chase, Lawson crashed his truck into a ditch and lost pursuing officers in a wooded area.

4. All of the Victims Are Related

Another person was attacked by Lawson, according to Sheriff Lawless, as he returned to the home from work. That person was airlifted to a nearby hospital after suffering stab wounds. He is expected to survive. Sheriff Lawless has said that the other victims are all adults and are “related in some fashion.” Lawless went on to say that Lawson knew the family and had spent time at the home.

Those who were killed, in addition to Devin Holston, have been named as Donald McGuire, 50, Tammie McGuire, 43, and Staci Ann Jackson, 25. WSAZ reports that Lawson lived next door to Tammie McGuire.

5. The Killing Has Reminded Ohio Residents of the Rhoden Family Murders in 2016

Authorities have said that the October 2017 killings are not connected to the April 2016 slaying of members of the Rhoden family. In that case, eight members of the same family were found dead in various places in Piketon, Ohio. That area is around 40 miles southeast from where Devin Holston was killed. The Rhoden family murder remains unsolved. 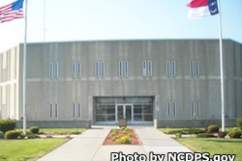 Read More
5 Fast Facts, Breaking News, Murder
wpDiscuz
0
0
Would love your thoughts, please comment.x
()
x
| Reply
An Ohio man has been captured after four people, including an 8-year-old boy, were found dead in a rural area.