An Atlanta-area 2-year-old in need of a kidney transplant has been denied the operation due to the criminal record of his father, the intended donor, according to the boy’s mother.

Here’s what you need to know about A.J. Burgess and his father, Anthony Dickerson:

1. Burgess Was Born a Month Prematurely

Two-year-old Anthony Burgess was born without kidneys, according to the account his mother Carmellia Burgess wrote on GoFundMe.

Atlanta CBS station WGCL went into more detail, saying that Anthony was born a month early. The 2-year-old spent the first 10 months of his life in neonatal intensive care at Scottish Rite hospital. The boy currently weighs only 25 pounds.

Carmellia Burgess and Anthony Dickerson said that their son was scheduled to have a kidney transplant at Emory University on October 3, but Emory cancelled the appointment that day, allegedly due to Dickerson’s criminal record and probation violations.

2. Anthony Dickerson’s Kidney Is a ‘110 Percent’ Match for His Son’s

For most intended organ-donor recipients, the most difficult part of the procedure is finding a donor whose organs are compatible with the recipient/s body. But A. J. Burgess’ doctors say that his father, Anthony Dickerson, is a “110 percent match” for his son, according to WGCL.

But Dickerson took that compatibility test while he was in prison for violating probation on weapons charges. However, upon his release he set about going through the procedures to donate a kidney to his son in early October — until he was sent back to jail for a parole violation, specifically possession of a firearm or knife during the commission or attempted commission of certain felonies.

Carmellia Burgess told WGCL that Dickerson was back out of jail before the scheduled transplant surgeries. But the hospital allegedly decided his parole-violating activities made him unsuitable as an organ donor. “The lady said we need your parole information and your probation info. He said ‘why?’ We need you to be on good behavior for three to four months before you can give your son the kidney. And January 2018 we will think about re-evaluating you basically,” Carmellia said.

But A.J.’s mother fears January will be too late for her son, whose body is starting to fail due to the lack of any working kidneys.

3. Emory Hospital Has Not Commented on the Case

When various media outlets contacted Emory for comment on Burgess’ case, the hospital refused to comment on that specific case, citing patient confidentiality.

Emory Healthcare is committed to the highest quality of care for its patients. Guidelines for organ transplantation are designed to maximize the chance of success for organ recipients and minimize risk for living donors. Because of privacy regulations and respect for patient confidentiality, we cannot share specific information about patients.

The United Network for Organ Sharing (UNOS) says this in the “Living Donation” section of its website:

If you have contacted the transplant center and remain interested in being a donor, the staff will begin the psychosocial and medical evaluation process. This serves two purposes: to protect you and to help ensure success of the transplant.

You will need to answer all the questions that are asked. This includes questions about any history of “high risk” behaviors. The transplant staff will ask about your financial situation and talk about who can give you physical help and emotional support throughout the donation process. You will be asked to fully describe your reasons for wanting to donate and how it might affect your lifestyle (such as employment and family relationships).

Atlanta NBC station 11Alive quoted a hospital statement saying “The Living Donor Transplant Team at Emory [h]as asked Mr. Dickerson for evidence of compliance from his parole officer for the next three months. We will re-evaluate Mr. Dickerson in January 2018 after receipt of his completed documentation.”

Though hospitals cannot comment on individual cases, 11Alive asked Emory “a general question about how someone being arrested impacts the possibility of donating a kidney,” but the hospital would not answer the question.

The Atlanta Journal-Constitution reports that the 26-year-old Dickerson has been in and out of jail since 2011. According to Gwinnett County jail records, his record primarily includes misdemeanor theft charges, plus one count of first-degree forgery. He’s currently out of jail on a $2,600 bond.

But Dickerson clearly wants to do the right thing for his son. Carmellia Burgess told WGCL that Dickerson “made it his business to say once I get out [of jail] I’m gonna promise to my son that he can get a kidney.” Dickerson left jail on October 2, just in time for his son’s scheduled transplant the next day — until the hospital cancelled the appointment.

Dickerson said his record should not interfere with his son’s chances of getting a necessary transplant. “What do he got to do with the mistakes I made? Nothing.”

5. Burgess’ Mother Has Mounted Social Media Campaigns for Her Child

Carmellia Burgess has set up a GoFundMe page to cover the costs related to Anthony’s care:

My 2 year old son Anthony Jr was born without both of his kidneys. He has been fighting for his life since the day he came into this world. Due to this I have been unable to keep a stable job because of numerous doctor’s appointments and the smallest thing causing him to end up back and forth to the hospital. I am just trying to get some financial stability because I still have to provide for all of my kids as well as myself. Anything will help and would be greatly appreciated!

The account, set up on October 13, initially set a goal of $1,000. As of press time, the collected total is over three times that much.

Burgess also started a Care2 petition with a stated target of the “Living Donor Transplant Team at Emory Hospital.” Burgess’ petition says in part that:

My 2-yr-old son’s dad, Anthony, was cleared at Emory University Hospital as a 110% match for giving our son his left kidney.

But Anthony went to jail last month for violating his parole, & now he is being denied the chance of giving Anthony Jr. his kidney.

We feel that the hospital is only focused on dad’s behavior & not focusing on The More Important Part…which is our son getting his father’s kidney so he can begin to live a healthy life. Dad making a mistake shouldn’t affect his ability to help his son.

Please sign this petition to ask Emory Hospital to allow Anthony to donate his kidney to his son!

That said, Burgess admitted to the Atlanta Journal-Constitution that she doubts the petition will make any difference, despite the more than 18,000 signatures it has already collected.

In addition to Burgess’ own fundraiser and petition drive, other individuals have set up similar petitions aimed at Emory on Change.org. 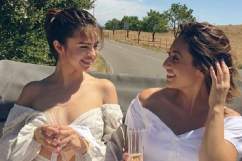 Loading more stories
wpDiscuz
0
0
Would love your thoughts, please comment.x
()
x
| Reply
A two-year-old requiring a kidney transplant has allegedly been denied the operation because his father, the intended donor, has a criminal record.