A Turkish father committed suicide on Facebook Live after his daughter got engaged without his permission. The Gazete Vatan in Turkey reports that the man is named Ayhun Uzun, 54, from Kayseri, a city in the center of the country.

You can watch the shocking video here:

Reports from Turkey say that Uzun was upset about his daughter’s impending nuptials. Those reports say that his final words to the camera are, “Goodbye, I am leaving, take good care of yourselves.”

According to his Facebook page, Uzun was in an open relationship at the time of his death and is sexually interested in both men and women.

The Daily Mirror has translated Uzun’s rant as:

I am livestreaming tonight, and it is my will, I do not want the ones who put me in this position to attend my funeral. One my daughter’s happiest day (her engagement), they called me and said to me: “Father come have a treat.”

Nobody asked about me. Nobody treated me like a man. My father-in-law took my place and without having a right he approved my daughter’s wedding. Nobody said this girl’s father is alive. Though I would have waited for my daughter and family to say to me, “Come father, be with us.”

My wife called me and she told me. I said to her why didn’t you come and tell me, and she said, “We cannot make a personal visit to you…” Maybe some of you will this a show. I do not want anybody to go through this thing that I am going through.

The video shows family and friends frantically commenting on the livestream asking Uzun to not go through with his threat. Ultimately, he decides to take his own life.

We are deeply saddened by this tragedy. We don’t allow the promotion of self-injury or suicide on Facebook. We want people to have a safe experience on Facebook and we work with organizations around the world to provide assistance for people in distress. 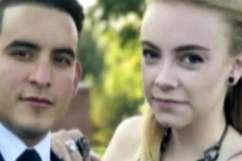 Read More
Breaking News, R.I.P., Suicide
A Turkish father committed suicide on Facebook Live after his daughter got engaged without his permission.