In the United States, today is celebrated as Columbus Day or Indigenous Peoples’ Day, but in Canada, it’s Thanksgiving. This means that the banks are closed and mail is not delivered, according to CBC News. In addition, corporate liquor stores are closed and most public libraries should be closed as well.

Thanksgiving in Canada always occurs on the second Monday of October and it celebrates the harvest of the past year as well as all that people have been blessed with in their lives. The holiday has been celebrated in Canada since November 6, 1879 and many of the traditions are pretty much the same as those in the United States. Symbols that may sound familiar include cornucopias, pumpkins, corn, and gourds. Foods are the same, ranging from turkey to pumpkin pie to sweet potatoes and cranberry sauce. In addition to the traditional foods, the Canadian Football League features a nationally televised doubleheader called the Thanksgiving Day Classic.

Certain stores and even malls may be shut down or operate on limited holiday hours.

We also have a list of places all over Canada that are reported as closed.

Some restaurants, gas stations, retail stores, mom and pop shops, and florists may be closed, depending on the owners or franchises. Be sure to call ahead.

Parking is free at meters for holiday parking and most garbage or recycling pick up is postponed. Public transportation will generally be operating on a holiday schedule.

Most pharmacies are closed or they will have limited hours and staff, according to Global News.

All federal, provincial and municipal offices are closed for the holiday. 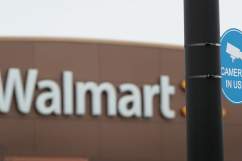 Loading more stories
wpDiscuz
0
0
Would love your thoughts, please comment.x
()
x
| Reply
Today is Thanksgiving in Canada. Get to know more about what is open or closed on the holiday. Are the banks open? Is mail delivered?