Darren Bridges was identified by his family as the suspect accused of murdering New Orleans Police Officer Marcus McNeil, a father of two who was affectionately nicknamed “Milk Dud” by colleagues.

Police confirmed the loss of McNeil, 29, who was slain on October 13. The suspect is 30-years-old, and he was shot and is in custody. Police have not formally identified Bridges as the suspect.

We have lost one of our brothers. NOPD grieves this morning.

The slain officer worked in the 7th district. “It is with a heavy heart, that we share that a @NOPDNews 7th Dist. Ofc. was killed in the line of duty. Our prayers are w/ family & NOPD,” Mayor Mitch Landrieu said.

1. Darren Bridges Is a Convicted Felon & Reports Accused Him of Ambushing Officer McNeil

According to The New Orleans Times-Picayune, Darren Bridges is a convicted felon from New Orleans who is also a father.

According to the newspaper, Bridges has a lengthy criminal record stretching back years.

Barnes’ arrest record in Orleans Parish “includes convictions for marijuana possession, theft and second-degree battery. In March of 2012, he was sentenced to six-and-a-half years in prison after pleading guilty to an amended charge of attempted possession of a firearm by a felon,” the newspaper reported.

Although he was released in 2015, he was arrested last March on “one count of domestic abuse battery involving strangulation. The arrest landed Bridges back on parole supervision on June 1, 2016, state corrections officials said. He was scheduled to complete supervision on June 7, 2018,” according to the Times-Picayune.

The Advocate reported that Bridges is described as a “career criminal” in court records.

“Police officer killed in ambush on routine patrol. Suspect shot and is in hospital,” reported WPTV on Twitter. The shooting occurred in the area of Tower Lane and Lake Forest Blvd.

It is with a heavy heart, that we share that a @NOPDNews 7th Dist. Ofc. was killed in the line of duty. Our prayers are w/ family & NOPD. pic.twitter.com/WhOo8eMzqT

According to CNN, a group of officers “exited their vehicle after observing what was described as suspicious behavior, the officers were immediately fired upon by a male suspect.”

The New Orleans Police Department released a statement about the shooting on its news site. “The NOPD is investigating an officer-involved shooting incident that occurred in the early hours today (October 13, 2017) in the 6800 block of Cindy Place which resulted in the death of an officer, and the arrest of a suspect,” police wrote. 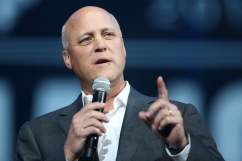 "We have lost one of our brothers." #NewOrleans Police officer killed in ambush on routine patrol. Suspect shot and is in hospital. @wptv pic.twitter.com/4tQHoTzGJH

A 2016 story on the New Orleans police website revealed the officer’s nickname and quoted him as saying, “I was in field training when I arrested a subject who was attempting to get a rise out of me by calling me ‘Milk Dud’ because of my shiny bald head that he believed resembled the candy milk duds. Everyone in the district found it hilarious, saying it was true and then began calling me ‘Milk Dud.’ I’ve since embraced the name often referring to myself as ‘The Dud’ when bragging about a good arrest.”

The slain officer was in a group of four when they came under fire.

“One, possibly two officers, returned fire, perhaps striking the subject, and our officer collapsed right there on the scene,” the police chief told NBC News.

3. McNeil Was a Married Father Whereas Bridges Was Described as ‘Unorthodox’

Fox 8 New Orleans reported that “McNeil was a three-year veteran of the department.”

In the statement, the Police Department said, “Officer Marcus McNeil, 29, was a three-year veteran of the department and served as a Police Officer I assigned to the Seventh District, where he had worked since July of 2015. He is survived by a wife and two children, ages 5 and 2.”

According to CNN, the suspect fled the scene.

“The suspect fled to a nearby building. New Orleans SWAT surrounded the building and were able to get the suspect to peacefully surrender,” CNN reported.

The Advocate reported that “a neighbor confirmed a man named Darren shared that apartment with a woman and at least one child.”

“He was always getting into some unorthodox sh–,” the neighbor said about Bridges to the Advocate.

Both the slain officer, who died at the hospital, and the suspect were shot multiple times as the officer’s colleagues returned fire.

KCBD reported that the slain officer had managed to fire back before dying.

The television station reported that “witnesses said they heard five to 10 shots during the incident. Investigators are canvassing the scene jotting down license plates to find people in the area who may have information.”

Police said, “The suspect in this incident sustained gunshot wounds and was transported for treatment to an area hospital, where he was placed under arrest.”

The Advocate reported that a person sitting on the front porch of Darren Bridges’ family home said, “All we know is he’s been shot, and we don’t know if he’s dead or alive.”

5. The Police Union Described the Officers as ‘Proactive’

Donovan Livaccari with the Fraternal Order of Police told KCBD that “the officers who stopped to investigate may have been in the area on the lookout for something suspicious.”

“I believe that these were proactive officers,” Livaccari said to the television station. “So they were officers that were actively looking for problems or looking for people that were that were causing trouble and it looks like that’s exactly what they stumbled upon.”