Harleen Grewal, 25, has been identified as the woman who was killed in a car accident on the Gowanus Expressway in New York around 4 a.m. on Friday. Grewal was in the vehicle with her friend, Saeed Ahmad (he was driving) when his car hit a concrete barrier and burst into flames.

Grewal was trapped inside the vehicle and her charred body was found by emergency personnel. She was pronounced dead at the scene.

1. There’s a Video That Shows Ahmad Hailing a Cab While His Car Is on Fire

Nice Shoes… Burning Infinity G35Hey, get yourself some grown up man shoes: http://amzn.to/2xPrAoF chilling cellphone video captured a monstrous Brooklyn man coolly hailing a cab as his helpless date burned to death nearby in the flaming wreckage of his car. “Can I get a ride?” suspect Saeed Ahmad asked casually as the raging flames from his vehicle lit up the sky over the Brooklyn-Queens Expressway around 4 a.m. Friday. The video obtained by WABC Eyewitness News showed the callous Ahmad climbing inside the yellow cab and fleeing the scene as Harleen Grewal, 25, sits dying in the front seat of the burning Infiniti G35. “It’s unconscionable, how could you?” asked an angry Van Christakos, 69, a neighbor of the dead woman’s family. “Dial 911. Stay there! His actions are unconscionable Driver leaves passenger to die in blazing car in Brooklyn Ahmad, 23, asked the cabbie for a ride to Maimonides Hospital as he ignored the woman trapped only a few yards away and fled the scene, the video showed. Saeed Ahmad is seen hailing a yellow cab steps away from his burning car, where Harleen Grewal was left to die.  The suspect, still hospitalized Saturday with burns, was charged with manslaughter, criminally negligent homicide, leaving the scene of a fatal accident, speeding and driving with a suspended license. The dead woman's devastated family was reeling Saturday after the damning video surfaced. PAID CONTENT BY MAZDA HISPANICHow Mazda’s Japanese Culture Became A Design Philosophy “I don’t even know what happened!” screamed her mother Raj Grewal outside their Astoria home. “That’s my child! She was an angel. She is an angel.” Car catches fire on GWB, jams up traffic on upper level Ahmad told police that he was dating Grewal, although it was unclear for how long, according to sources with knowledge of the incident. Saeed Ahmad's family says he tried to save the woman before he left the scene. Police did not know where the couple had been or were headed in the early morning hours before Ahmad — speeding in and out of traffic — plowed into the BQE median. Girl dies while trying to get candy from grandmother's purse Woman yells at veteran for bringing service dog into restaurant Anna Wilding: Male co-workers ‘shielded’ me from pervy Weinstein Bob Weinstein says brother Harvey has not an 'ounce of remorse' Police called to Harvey Weinstein fender bender The car spun out of control and burst into flames after screeching to a halt in the middle lane facing oncoming traffic. The video clearly captures the raging blaze behind Ahmad as he climbs into the yellow cab. Stunned investigators found Grewal’s charred body in the passenger seat once the flames were extinguished. Death toll in Calif. wildfires reaches 36 The suspect’s arraignment was pending as doctors treated him for burns on the neck, arms and legs. The video seems to contradict claims by Ahmad’s family that the driver tried desperately to rescue Grewal before flagging down his ride to the hospital. “He said the girl that was in the car was stuck in there and he tried to get her out, that’s why his arms were burned,” said Saeed’s brother Waheed Ahmad. “He couldn’t … it was too late for her.” Ahmad, of in Flatlands, Brooklyn, acknowledged downing a few drinks before the crash — although a blood test showed he was not legally drunk, police sources said. Grewal worked for a catering company, her family said. She was the daughter of immigrants from the state of Punjab in northern India, according to neighbors. NEW YORK FIRESNYC TAXISCAR CRASHES2017-10-14T20:51:42.000Z

Witnesses told police that Ahmad was weaving his car in and out of traffic before crashing into a barrier. Within seconds after the initial impact, the car caught on fire. At least one person nearby took out a cell phone and recorded the scene, which showed flames completely engulfing the vehicle.

Also in that footage (you can see it in the video above), Ahmad can be seen hailing a cab, leaving his friend inside the car where she died.

He can be seen walking away from the burning vehicle and approaching the taxi, asking for a ride. He then hopped into the back seat and the cab took off.

Grewal and Ahmad were just friends, despite some media outlets claiming that the two were “out on a date.” Grewal’s boyfriend, Karan Singh Dhillon, has spoken out following the death of his girlfriend. The couple just celebrated their 2-year anniversary together. They have known each other for 10 years, but didn’t start a romantic relationship until 2015.

Dhillon also talked about Ahmad and said that he isn’t mad at him.

“If you get angry, you’re going the wrong way. Anger doesn’t solve anything. The biggest thing is forgiveness. He has to deal with what happened for the rest of his life,” Dhillon said.

3. Ahmad Is in the Hospital & Is Facing Manslaughter Charges

Flatlands, Brooklyn, resident Saeed Ahmad is the man that police say was driving the Infiniti 35G that caught on fire in the early hours of Friday morning. After leaving the scene of the accident, Ahmad was taken to Maimonides Hospital for medical attention as he suffered burns to his arms and his legs.

Police were able to track Ahmad and, according to the New York Daily News, he was charged with “manslaughter, criminally negligent homicide, leaving the scene of a fatal accident, speeding, and driving with a suspended license.”

Ahmad told police that he had been drinking before the crash, but a blood-alcohol test showed that he was below the legal limit.

His brother, Waheed Ahmad, defended Saeed to the media.

“He did not just run away from the scene. He lost his phone in the car [and was] unable to call the ambulance. He tried to get her out. That’s how his hands and his legs and his neck got burned. He couldn’t get her out. The fire got too crazy. It just burned so quick. Everything is chaos right now. We are shocked. It’s horrifying for the girl and her family,” Waheed, 21, told the New York Daily News. “He’s emotionally distraught. Every time they ask him about what happened, he’s crying and screaming. His friend burned alive,” Waheed added.

“I don’t know what happened yet, I need to see him, talk to him, find out what happened,’ Mohammad Azam told the New York Daily News.

4. Grewal Was the Daughter of Indian Immigrants & Was Beloved by Family & Friends

Grewal “was the daughter of immigrants from the state of Punjab in northern India,” neighbors told the New York Daily News. Those who loved and knew her best called her “Nina.”

“She was a very nice, very beautiful girl. Like my own daughter,” a woman who works with Grewal’s mother told the New York Daily News.

Her boyfriend also added that Grewal was so caring that she was often called “mom” by her friends.

According to her Facebook page, Grewal was raised and had lived in Astoria, Queens, in New York. She listed her work status as “self employed” and also worked sales at BCBG Max Azaria, a popular clothing brand. A source close to her family said that she worked for a catering company.

Grewal graduated from Manhattan Center for Science and Mathematics in 2010.

Her family told ABC 7 Eyewitness News that they don’t know much about what happened to their beloved daughter. 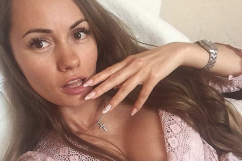 Read More
5 Fast Facts, New York
Harleen Grewal burned to death inside a car that caught on fire. The man driving left the scene of the accident and has been charged with manslaughter.