Actress Alyssa Milano launched a social media campaign asking women who have experienced sexual assault or sexual harassment to type “Me too” into their Facebook or Twitter statuses to help show the magnitude of the problem in this country.

If you’ve been sexually harassed or assaulted write ‘me too’ as a reply to this tweet. pic.twitter.com/k2oeCiUf9n

The campaign went viral and now men are showing their support by using the hashtag “I Have” to express their actions in either committing sexual harassment or assault or standing by and doing nothing when confronted with it.

let's start a trend where men who have raped, assaulted, and harassed folx admit it online. How about #IHave or #ImARapistToo or#YesThisMan

#metoo is the symptom#IHave is the cure

I challenge men to own up to their wrongdoings, to their mideeds. We are all to blame. pic.twitter.com/p3WGXoBf6W

Both social media campaigns were launched after Hollywood movie producer Harvey Weinstein was accused by dozens of women of either sexual assault or sexual harassment. 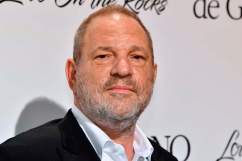 Twitter told CNN that the #MeToo hashtag has been tweeted more than a half a million times. And now many men are chiming in with #IHave to show their support in changing what many have said is a “silent epidemic” in America.

Here are some examples:

#Ihave crossed the line. I have taken advantage of trust. I have chalked it up to drugs. I have laughed it off. #Iwill never do it again.

#MeToo, but more important is that #IHave, and that #IWill do better by holding myself and others accountable.

Former Fox News anchor Gretchen Carlson tweeted both hashtags on Tuesday, calling for men and women to work together to end sexual abuse. Carlson successfully sued Fox News Chairman Roger Ailes over allegations that he sexually assaulted her. Carlson won a $20 million settlement and Ailes has since stepped down from the network.

We can end this together! Men and women! #MeToo #IHave https://t.co/qaUHwcayGd

At a recent Washington Post event, Carlson said she believed that the allegations against Weinstein are a “tipping point.”

“I’m incredibly optimistic with where we are, 15 months after I jumped off the cliff and into the abyss, not knowing what would lay below it all,” Carlson said, according to the New York Daily News.

Loading more stories
wpDiscuz
0
0
Would love your thoughts, please comment.x
()
x
| Reply
After the 'Me Too' social media campaign goes viral in the wake of the Harvey Weinstein scandal, men are now responding with 'I Have.' Here's what it means.