Instagram The caption on this photo reads, "johndunsworthDad says 'I look ridiculous' @sarahdunsworth."

John Dunsworth, who starred as “Jim Lahey” on the Canadian comedy Trailer Park Boys, left behind four children, including two daughters who are also actresses.

Dunsworth died at the age of 71, it was revealed on October 16.

According to IMDB, “John Dunsworth was born in Bridgewater, Nova Scotia, not far from the sea where he now spends most of his time on his yacht when he’s not working. John is one of Halifax’s most venerable and revered actors. He has appeared in countless CBC radio dramas and has held leading roles in over 25 Neptune Theatre productions.”

His untimely death shocked fans, and he leaves behind a grieving family.

The tragic news of Dunsworth’s untimely death came via his family on Twitter. The Star reported that Dunsworth’s daughter, Sarah, posted the statement.

“With heavy and broken hearts the family of John F. Dunsworth would like to let people know that our amazing husband, father, and grandfather John Dunsworth has passed away,” the statement, posted to Dunsworth’s verified Twitter account, read on October 16.

“John left this world peacefully after a short and unexpected illness. The family would like to request that our privacy is respected during this time of grief.” 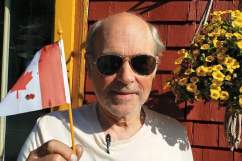 Dunsworth left behind four children. He had three daughters and one son, although two of his daughters are best known. 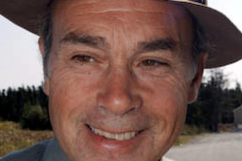 John Dunsworth’s Net Worth: 5 Fast Facts You Need to Know

Dunsworth’s daughter, Sarah, is also an actress. Sarah appeared in Trailer Park Boys using the same name. She lived with the character Lucy in the park, who was mainly seen as her best friend.

“For real though it is kinda embarrassing that white women chose to boycott twitter on #WOCAffirmations day. Let’s keep listening and RTing.”

“Women boycotting twitter on #WOCaffirmation day has cleared some space for Women of colour to tell their stories. Check out the hashtag.”

5. Dunsworth Was Originally From Novia Scotia

Happy birthday to me and @portosilvio

According to CBC, “Originally from Bridgewater, N.S., he was a part in the Nova Scotia theatre and acting community for decades.”

Read More
5 Fast Facts, Breaking News, Canada
Learn more about John Dunsworth's children, including his actress daughters, Molly and Sarah, now that he has died. He has four children with his wife.