Stephen C. Paddock is the shooter identified as the lone killer in the deadliest mass shooting in American history. After Paddock opened fire from a hotel room at the Mandalay Bay Resort & Casino, over 50 people were dead and over 400 victims were injured. The victims were concert-goers, who were attending the three-day country music event, Route 91 Harvest Festival. As Americans try to wrap their heads around the horrific tragedy, Paddock’s family says they are “dumbfounded” by the incident, which has left so many dead, including shooter Paddock. One person who is left suffering is Paddock’s 90-year-old mother. Get to know more about Paddock and the family he left behind, especially his mother.

1. Paddock’s Brother Eric Says Their Mother Is Struggling to Cope

“We are shocked. We are horrified. We are having trouble finding the words,” Las Vegas gunman’s brother, who lives in Florida, says pic.twitter.com/t4JAckBXoe

Eric Paddock says that his 90-year-old mother, who lives close to him, is struggling to cope with the news and is “in shock”. Paddock told Daily Mail:

Our family is OK, we’re sitting in here in our house hoping that everyone doesn’t attack us. My mother is 90 years old, lives down the street from me, we’re just completely dumbfounded.

We have no idea how this happened. It’s like an asteroid just fell on top of our family … There is no reason we can imagine why Stephen would do something like this. All we can do is send our condolences to the people who died. Just no reason, no warning.

2. Stephen Paddock Called His Family a Few Weeks Ago to Check On Them After Hurricane Irma

Paddock’s brother Eric revealed that Stephen had called the family a few weeks ago in order to check on their mother. Paddock reportedly wanted to see how his mom was doing after Hurricane Irma swept through Orlando, where the family lives. Eric Paddock told CBS News:

I can show you the text. ‘How is mom? Did you get power?’ That was it … We have nothing for you.

Eric Paddock told ABC News that his brother also talked to his mother on the phone a couple weeks ago, talking about a walker because she was having trouble walking. He said there was no sign of trouble.

According to TMZ, Eric Paddock described his brother as “just a guy” and he said there were no known health or financial problems in his brother’s life. Eric Paddock also told the Las Vegas Review Journal that Stephen lived a quiet life in retirement, frequently playing slot machines and video poker on the Las Vegas Strip.

While Paddock may have led a quiet life, his father didn’t. According to NBC News, Paddock’s father was actually an infamous bank robber who was featured on the FBI’s Most Wanted list. His name was Patrick Benjamin Paddock and he also went by the name of Benjamin Hoskins Paddock.

4. Much of Paddock’s Family Resides In Florida

The Orlando Sentinel reports that, according to public records, much of Stephen C. Paddock’s family resides in Florida. Meanwhile, shooter Stephen Paddock was living in Mesquite, Nevada.

5. Paddock’s Significant Other Would Send His Mother Cookies, But Wasn’t Very Close to His Family

When it comes to Paddock’s reported significant other, Marilou Danley, his brother Eric told CBS News:

She is a nice lady. I’ve met her 3 or 4 times. She’s got a Facebook page. She sends cookies to my mom.

Eric Paddock also said that he isn’t very close with his brother since he lives across the country, explaining:

My kids didn’t know him that well or anything. He lives on the other coast … He sends his mom cookies.

CNN reported that Danley was not in the country when the shooting occurred. 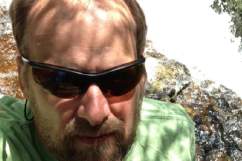 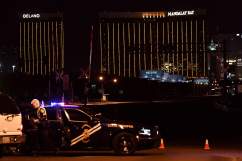 Loading more stories
wpDiscuz
0
0
Would love your thoughts, please comment.x
()
x
| Reply
Las Vegas shooter Stephen C. Paddock's family is reported to be "dumbfounded" by his actions. Get to know more about Paddock's mother, who is reportedly shocked.