Investigators say that suspect Staff Sgt. Michael Zamora was out partying with the two people he murdered in Colorado hours before the attack. Zamora, 30, is accused of killing Savannah McNealy, 22, and Tristian Kemp, 26, in the early hours of October 19 in the parking lot of an apartment complex in the town of Fort Collins. Speaking to the media, Fort Collins police spokeswoman Kate Kimble said, “A short time after they arrived at the apartment complex, investigators believe the suspect shot the victims and ultimately, himself.” A third person, a woman, was also shot during the shooting, she survived.

1. Savannah McNealy Was in a Relationship With Michael Zamora; A love Triangle Has Not Been Ruled Out as a Motive

Instagram/@SavannamaccMcNealy posted this photo to her now-deleted Instagram page just hours before her death.

McNealy, a student at Colorado State University, was in a relationship with Zamora. ABC Denver reports that the shooting took place at the Sunstone Apartments, northwest of the Colorado State University campus. A witness told the station that she heard “12 shots just before 2 a.m.” That witness added that she heard a woman screaming about being shot and a man being dead. Police initially responded to the wrong location, reports the Collegian. A witness told the student-run newspaper, “I heard one of the cops saying, ‘It was still a war zone.'”

In an interview with the Denver Post, Fort Collins Police Chief Terry Jones said that the three victims had been dropped off by a Lyft at the apartment complex before the shooting. Zamora had been out with the victims but did not ride home with them. The shooting started just after they got home. Jones added that officials had not ruled out a “love-triangle” motive for the killings. The Larimer County Coroner’s office said that Zamora died of a gunshot to the head.

Tristian Kemp’s uncle, Thomas Perez, told Fox Denver that the two had traveled together to Colorado so that Zamora could visit McNealy.

2. Zamora Was Assigned to F.E. Warren Air Force Base in Wyoming

Zamora was a resident of Fort Collins, Colorado, but was based at F.E. Warren Air Force Base in Wyoming, reports ABC Denver.

Thomas Perez told Fox Denver that Zamora served in Afghanistan with Kemp. On his Facebook page, Kemp said that he worked for L3 Communications. Kemp attended the Community College of the Air Force in Montgomery, Alabama. Kemp’s uncle said that the two also worked together in California as well.

3. Tristian Kemp’s Has Been Called a ‘True American Hero’

Tristian Kemp has been identified as the second victim of the shooting. He was a native of Guam but grew up in Destin, Florida, according to his Facebook page. Speaking to Fox Denver, Thomas Perez, who is a military serviceman based in Hawaii, said:

I can say this much about my nephew, he was an American hero. He proudly served the United States and the people. When he got out of the Air Force, he continued to serve as a civilian.

He loves to have fun and he loves his family and he’s real close with his mom and everyone. Everyone would have loved him. I’m sure if you ask anybody he knows, they’ll tell you he was awesome.

4. Authorities Have Referred to the Shooting as an ‘Ambush’

The Denver Post reports that officials are referring to the shooting as an “ambush.” Chief Jones said that the driver had fled the scene before the attack started. The third victim was taken to the Medical Center of the Rockies, the Post reported. She is expected to survive.

Chief Jones told the Post, “My heart goes out to all of the people. It’s very sad. Lives are eliminated and destroyed and they have to live with this the rest of their lives.”

5. A Vigil Is Being Held for Savannah McNealy on the Night of October 20

McNealy had been a senior art major who was due to graduate in December 2017. ABC Denver reports that a vigil was held for her on the night of October 20 close to the CSU campus. While at the school, McNealy worked for the Rocky Mountain Student Media Corporation, reports the Collegian.

Friends are going over memories of Savannah. This Ram Walk here was one her own ideas. pic.twitter.com/KY1PumdLYQ

According to the Denver Post, CSU President Tony Frank wrote in an email to students, “I didn’t have the pleasure of knowing Savannah personally, but I have talked this afternoon with others who did… and she sounds like an exceptional, bright, energetic, confident, and creative young woman. She was clearly loved as a friend and daughter.” The Post report adds that McNealy had been credited with designing the walk-up to the new CSU football stadium.

Right now friends and family are passing out candles as the crowd takes a moment of silence for Savannah. @9NEWS pic.twitter.com/QTdTh5H520

On her now-deleted Instagram page, McNealy refers to herself as a “beer enthusiast.” 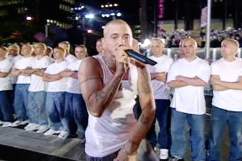