GoFundMe Neysa Tonks was a mother of three children and a Utah native.

Neysa Tonks, a former Utah resident and mother of three, was among the 59 victims of the Las Vegas concert shooting. The 46-year-old worked for Technologent and lived in Las Vegas. A GoFundMe page has raised over $100,000 in 22 hours.

The shooting happened late Sunday night during the Route 91 Harvest country music festival, as Jason Aldean was performing. The suspect, 64-year-old Stephen Paddock, fired from his room on the 32nd floor of the Mandalay Bay hotel, across the street from the open-air venue. At least 59 people were killed and over 500 injured. Police found Paddock dead in his room after blowing open the door. Authorities still have not found a motive for the shooting.

Here’s a look at the life of Neysa Tonks.

Tonks is survived by her three sons, Kaden, Braxton and Greysen. Her employer, Technologent, created a GoFundMe account, which has raised over $100,000 in less than 22 hours. The company set the a $150,000 goal. Four donors gave $5,000 each to help her family.

“Technologent lost one of our own, a great mother, colleague and friend, Neysa Tonks. She leaves behind three boys – Kaden, Braxton and Greysen. Neysa has brought so much joy, fun and laughter to Technologent – she will be greatly missed by all,” the company wrote. “Please join us in keeping her family in our hearts and prayers. The family has asked for privacy during this difficult time. Technologent has established this GoFundMe page on behalf of Neysa’s family in this time of need.”

“She was a very nice woman who was full of life and energy,” her former church counselor Tracy Downey told the Las Vegas Review-Journal. “All she was doing was enjoying her life and celebrating with friends when a madman opened fired as if he were playing a video game.”

“How happy and lucky I feel that she was part of my life,” Yerage told KUTV. “I can hear her laugh, her voice in my head and my heart right now.”

Yerage said Tonks frequently visited her family in Utah and she accomplished a lot in her life. He described her as “always laughing, always joking, always sarcastic.”

“I was just proud that I was her brother,” he told KUTV. 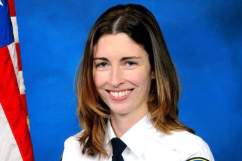 Tonks Was at the Festival With Her Boyfriend, Who Was Injured

Tonks’ other brother, Cody Davis, told Fox13 Now that she was at the festival with her boyfriend, who was also injured. Davis said her boyfriend was “grazed by several bullets.”

“He said he saw her take her last breaths, and he stayed there with her,” Davis said, adding that Tonks died at the scene. Davis said her sons were ages 24, 17 and 14.

“She was a mom first, and an adventurer second,” Davis, who last saw her a few weeks ago, told Fox13 Now. “She was over the top fun, almost to the crazy fun. She always made people laugh.”

“I try to tell my girls, you just never know what`s going to happen. There’s so many bad things that happen in this world,” Davis added. 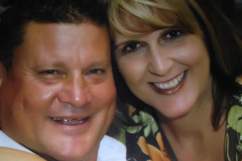 According to her LinkedIn page, Tonks started working at Technologent as a Global Account Executive in November 2015. She previously worked for Cisco Systems and Micros Systems.

Technologent is based in Irvine, California and is a “leading provider of enterprise-class technology solutions for Fortune 1000 companies,” according to its website.

Tonks noted on her Facebook page that she attended Brighton High School in Cottonwood Heights, Utah.

“It almost felt like a bad dream,” Davis told Fox13 Now of his sister’s death. “You can`t really process the weight of it at the time.” 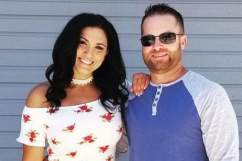 Loading more stories
wpDiscuz
0
0
Would love your thoughts, please comment.x
()
x
| Reply
Neysa Tonks, a Utah mother of three, was among the 59 victims of the Las Vegas shooting at the Route 91 Harvest Festival. Here's a look at her life.