Shots were fired outside Nissan Stadium during TSU’s homecoming on the evening of October 14, according to a local news reporter. News Channel 5 reported at about 7 p.m., “Shots were fired in the parking lot, outside the stadium. Several cars in the lot sustained damage.”

The Nashville Police Department said in a statement, “No one hurt by gunfire in Lot B of Nissan Stadium near Exxon. 9 vehicles damaged. MNPD bike officers apprehended 1 gunman. 2 guns recovered.”

Police added, “Gunfire appears to be part of an altercation between 2 persons. Investigation continuing. Gunman taken to Central Precinct for questioning.”

Reporter Alexandra Koehn wrote on Twitter, “#breaking Shots fired outside Nissan Stadium near the Exxon gas station according to police. They are on the scene at TSU’s homecoming @NC5.” News 5 added, “The shots were not in the stadium, according to police, but it was briefly placed on a lockdown as a precaution, which has since been lifted.”

#breaking Shots fired outside Nissan Stadium near the Exxon gas station according to police. They are on the scene at TSU's homecoming @NC5

She added, “Police confirm 1 suspect is in custody after shots were fired where people were tailgating for TSU’s homecoming outside Nissan Stadium @NC5.”

One man wrote on Twitter, “Shooting downtown Nissan stadium is the motherf*cking stampede.

Earlier in the day, there were also reports of shots fired during the Homecoming parade for TSU.

According to Fox 17, “Shots rang out during a crowded Tennessee State University homecoming parade. Five shots were fired into the air at 26th Avenue North and Jefferson Street at around 11:30 a.m. on Saturday, according to Metro Nashville police. They say no one was shot.”

The station reported, “TSU is playing Austin Peay State University at Nissan Stadium at 6 p.m. for their homecoming game.”

The TSU shooting reports come as Virginia State University also reported a shooting on its campus during its Homecoming week. Details were sketchy in the VSU report also, but police there had confirmed the report, and they released a suspect description. Campus safety has been a concern across the country; at Texas State University, earlier this month, a student was accused of shooting to death a campus police officer who was conducting a drug investigation.

This article will be updated as more becomes known about the TSU shooting incident. 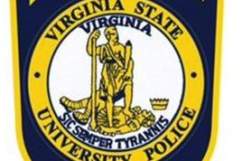 Loading more stories
wpDiscuz
0
0
Would love your thoughts, please comment.x
()
x
| Reply
There was a shooting outside Nissan Stadium during TSU's Homecoming. The stadium was locked down briefly as Tennessee State University played.