On Wednesday morning, news broke that 21-year-old college student Paige Gasper has filed a lawsuit against Stephen Paddock’s Estate, and MGM Resorts and Live Nation, saying they are to blame for the life-threatening injuries she suffered at the Las Vegas shooting on October 1.

Gasper filed the lawsuit in Clark County District Court. Here’s what you need to know about Paige:

1. She Has Filed a Lawsuit Against Paddock’s Estate, MGM Resorts, and Live Nation

We just got the first lawsuit against @MGMResortsIntl in wake of Las Vegas massacre. A shooting victim is suing several parties. @KTNV pic.twitter.com/W633eNqKGY

According to KTTS, the lawsuit claims MGM and Mandalay Bay failed to monitor people entering and leaving the hotel and that they didn’t respond “quickly enough” after the first shots were fired. The report also says the hotel did not notice the guns being transported to Paddock’s room.

Live Nation was also named in the suit; Gasper blames them for not having an adequate exit plan.

2. Gasper Was Struck by a Bullet on the Night of the Shooting

Gasper was struck by gunfire the night of the shooting– the bullet shattered 15 of her ribs and tore her liver.

TMZ specifies that the victim says a bullet “entered her right underarm, cut across her right breast, shattered her ribs and lacerated her liver before exiting her body. She says the bullet incapacitated her, and fleeing concertgoers ended up trampling her, which she partly blames on Live Nation for having an inadequate exit plan.”

Paige was helped onto a truck by a “good samaritan”, and was eventually transported to a hospital. She spent time recovering in the ICU of a Las Vegas hospital, according to KPIX San Francisco. 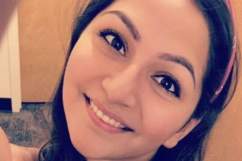 3. She Is a Student at Sonoma State University

According to her Facebook page, Paige is currently studying Psychology at Sonoma State University in California. Paige was set to graduate in May, and made the Dean’s list despite working three jobs, according to CBS Local San Francisco. She attended the concert with six other college friends.

4. Gasper Is Seeking Payment of Her Medical Bills and Punitive Damages

Folsom Woman Wounded In Las Vegas shootingPaige Gasper of Folsom speaks about what happened on Sunday night when she was one of more than 500 people wounded in a shooting.2017-10-03T01:23:19.000Z

In the lawsuit, Gasper says she is seeking payment of her medical bills and punitive damages, which will be decided in court.

KPIX 5 San Francisco spoke to friends of Paige at Sonoma State University. Evelyn Ortega, one of Paige’s friends, is reported as saying, “It’s kind of, like, shocking, impactful. Someone that we know personally going through that.”

5. She Is Also Suing the Manufacturers of Bump Stocks

Learn about the victims who lost their lives here: 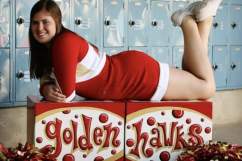 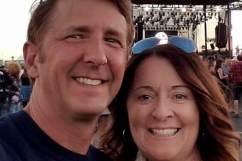