On Monday, Paul Manafort, the 68-year-old man whose Eastern European business dealings had been under scrutiny for well over a year, was one of two people indicted in special counsel Robert Mueller‘s federal probe into Trump associates with foreign ties. Manafort’s business associate Rick Gates was also indicted and turned himself into federal authorities.

Manafort was indicted on 12 counts, including conspiracy against the United States, conspiracy to launder money, acting as an unregistered agent of a foreign principal, false and misleading FARA statements, false statements and seven counts of failure to file reports of foreign bank and financial accounts, the special counsel’s office said in a press release.

“The case was unsealed on Oct. 30, 2017, after the defendants were permitted to surrender themselves to the custody of the FBI,” Peter Carr, a spokesperson for Mueller’s office, said in the press release.

For decades, Manafort served as a lobbyist, consultant and lawyer and joined Trump’s presidential campaign in March 2016, serving as campaign manager from March 2016 until August 2016. He often lobbied on behalf of former Ukraine President Victor Yanukovych and many others.

Numerous of his business dealings had been closely examined, and it’d been determined he’s taken out several home equity loans over the years. According to Coed, Manafort has a net worth of around $50 million.

Here’s what you need to know about Manafort’s net worth:

Since 2012, Manafort has taken out at least seven home equity loans that were worth $19.2 million on three properties in the New York area, The Intercept reported in February. He owns the properties through holding companies that are registered to him and his son-in-law, Jeffrey Yohai, a real estate investor who filed for Chapter 11 bankruptcy in 2016.

The properties include a condominium located on 27 Howard Street in Manhattan, a condo inside Trump Tower and a four-story unit located in Brooklyn at 377 Union Street. Records indicate that he bought the homes with no initial mortgage, showing that the full-cash price was paid.

Information on the loans was compiled by two New York attorneys and published to the blog 377 Union. The loans were designated for “home improvement,” but it seems that wasn’t where the funds actually ended up.

“It feels like we’re seeing a small piece of the bigger picture here,” attorney Julian Russo told The Intercept.

Documents that were published show that he took out a $1.5 million loan for the Howard Street property through his limited liability company, MC Soho Holdings. Four years after obtaining the loan and then paying it off, he received a $2.73 million loan from Citizens Bank and then got a $3 million mortgage loan issued by UBS Bank U.S.A. for his Trump Tower condo.

Last spring, he and Yohai bought two short-term mortgage loans that were worth close to $5.3 million.

2. Manafort Received $16 Million in Loans From a Chicago-Based Bank

In the midst of the investigation, it was determined that Manafort had received $16 million in loans from Federal Savings Bank, based in Chicago. According to a Wall Street Journal report, authorities had requested records of the loans from the bank. Steve Calk, a former economic adviser to Trump’s presidential campaign, happened to be the CEO of the bank.

Subsequent documents obtained by The Chicago Tribune show that Federal Savings Bank granted $6.5 million in loans to Manafort and his wife in January, just one month after the bank agreed to loan Summerbreeze $9.5 million. Summerbreeze is a company connected to Manafort.

The separate loans combined for $16 million, almost 1/4 of Federal Savings’ portfolio. The company reported $273 million in assets in March and $72 million in equity capital.

“At a larger bank, I’d be very surprised to see loans to one borrower represent about 25 percent of capital,” Terry McEvoy, a bank analyst for Stephens, told The Tribune. “At the community bank level, it may be more common but would likely be discussed with regulators frequently.” 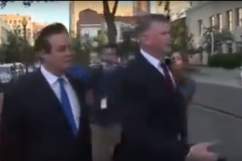 3. Almost $13 Million in Payments Were Reportedly Made to Manafort From Ukrainian Officials

An August 2016 story in The New York Times found that handwritten ledgers showed $12.7 million in cash payments to Manafort from Yanukovych, the former Ukrainian president who was one of Manafort’s main clients while abroad.

The payments came from Yanukovych’s pro-Russian political party and stretched from 2007-2012, The Times report said. The documents were obtained by the National Anti-Corruption Bureau, and investigators said that the payments directed to Manafort were part of “an illegal off-the-books system whose recipients also included election officials.”

Manafort’s name was on the ledger at least 22 times over the five years, and the concrete purpose of the payments wasn’t immediately clear.

“Paul Manafort is among those names on the list of so-called ‘black accounts of the Party of Regions,’ which the detectives of the National Anti-Corruption Bureau of Ukraine are investigating,” a statement from the organization provided to The Times said. “We emphasize that the presence of P. Manafort’s name in the list does not mean that he actually got the money, because the signatures that appear in the column of recipients could belong to other people.”

The payments didn’t end there, though, as prosecutors investigated a number of offshore shell companies that helped the former Ukrainian president’s colleagues afford their lifestyles. One of the examples of a transaction from the companies was an $18 million agreement to sell a cable Ukrainian TV station to a group consisting of Manafort and others, including an ally of Russian President Vladimir Putin.

While Manafort worked for the Ukrainian government, he bought four homes worth $11 million, including his Trump Tower condo and the loft on Howard Street. He also has sprawling homes in the Hamptons and in Florida. 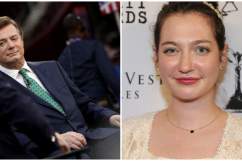 4. Records Show He Was in Debt Prior to Joining Trump’s Campaign

According to financial records obtained by The New York Times in July, Manafort was in debt to pro-Russian interests in the amount of nearly $17 million prior to joining Trump’s presidential campaign.

The records, from Cyrus, indicated that the money was owed by shell companies that were connected to Manafort’s business in Ukraine when he was a consultant. The documents detail a number of loans issued to Manafort “several months” before he joined the Trump campaign as well as some that took place during 2012 and 2013.

In a court complaint filed in 2015 in Virginia, Russian businessman Oleg V. Deripaska claimed that Manafort and his associates owed him $19 million for his failed investment in the Ukrainian TV station.

Deripaska made a living off the aluminum business and has close ties to Putin. He agreed to cooperate with congressional intelligence committees in May in exchange for “full immunity,” sources close to the situation told The Times.

5. Manafort Reportedly Had a $10 Million Contract to Promote Russian Interests

GettyPaul Manafort, then a Trump strategist, and Ben Carson, then a GOP presidential campaign, in 2016.

Manafort graduated from Georgetown University in 1971 with a bachelor’s degree in business administration and a Juris Doctor from Georgetown University Law School in 1974. Shortly after his education, Manafort landed a job at a Washington D.C. law firm and three years later in 1980 founded a D.C.-based lobbying firm (Black, Manafort, Stone & Kelly).

When Ronald Reagan was elected president in November 1980, Manafort was appointed to serve on his administration as the associate director of the Presidential Personnel Office at the White House. He was also an adviser to George H.W. Bush and Bob Dole’s presidential campaigns.

In 2007 and 2008, his involvement with Deripaska and Ukrainian oligarch Dmytro Firtash started, and he was reportedly granted a $10 million contract to lobby for Russian interests in politics, business and media in Europe and the U.S.