A Pennsylvania Democrat is facing dozens of child pornography-related charges after police say an investigation uncovered hundreds of photos and videos he sent and received during explicit chats online carried out by the politician under the name “DaddyX.”

Philip Ahr, 66, resigned October 23 from his position as president of the Radnor Township Board of Commissioners, but remained in his position as on the board, Main Line Media News reports. Ahr was arrested October 11 and charged with 10 counts of distribution of child pornography, 50 counts of possession of child pornography and 60 counts of criminal use of a communication facility, the Delaware County District Attorney’s office said in a press release.

Ahr, who could face “significant” time in prison, posted 10 percent of $100,000 bail after appearing in court on October 11. He was ordered to not have any contact with minors, Philly.com reports. He and his attorney, Mark Much, have declined to comment about the case.

1. Ahr’s Collection of More Than 500 Images & Videos Included Children Being Sexually Abused by Adults & Even Animals, the DA Says

The Delaware County District Attorney’s Criminal Investigation Division and the Pennsylvania Internet Crime Against Children (ICAC) task force launched an investigation into Philip Ahr on August 31 after receiving a tip from the National Center for Missing and Exploited Children, “in regards to an individual, later identified as Philip Ahr, who uploaded and shared images of suspected child pornography through a Yahoo Messenger account,” the district attorney’s office said. A search warrant was served at Ahr’s home on Meredith Avenue in Radnor on September 21.

“Ahr’s collection was mainly comprised of prepubescent girls under the age of 10 years, but also included infants and toddlers. A portion of the images and videos depicted sado masochistic sexual abuse and children being sexually abused by animals,” the district attorney’s office said.

“Those who possess and share child pornography directly contribute to the appalling exploitation of innocent children and our detectives with the ICAC Task Force are actively working to arrest and locate these perpetrators,” District Attorney Jack Whelan said in a statement.

Whelan said Ahr appeared to be “shocked” when police arrived at his home in September. Ahr admitted to possessing the images, Whelan said, but did not express regret. “I believe the only regret is being caught,” Whelan told Philly.com.

When police arrived at his home about 6:15 a.m., Ahr told them he owned a laptop and a desktop computer and escorted detectives to a desk in his basement. He told detectives he had been “sexting” online with people and “that the purpose of the chats was sexual in nature,” the district attorney’s office said in the press release. Ahr told police he used Yahoo Messenger to “sext” with unknown individuals, and the chats involved “sexual talk about children.”

You can read the court documents in Ahr’s case below or by clicking here (Warning: The documents contain graphic content):

According to court documents, Ahr admitted he received about a dozen child pornography images of girls he estimated to be about 13 during one conversation. Some of the images he received showed girls engaging in “sex acts with adult males.” Ahr told police he sent and received images of child pornography and said, “obviously I knew the images were illegal and don’t know how I could say otherwise.”

During an examination of hard drives seized from Ahr, detectives said they recovered “video and numerous graphic images depicting children engaged in sex acts, including one image that depicted a female child approximately 3-5 years old performing oral sex on an adult male. Detectives also located numerous chat logs between Ahr and individuals dating back to 2013, in which Ahr shared and sought graphic images and videos of children in sexual positions, bondage and engaged in sex acts with adults.”

More than 1,000 links to pornographic images, including child pornography, were found saved on Ahr’s hard drives, police said. “Both the laptop and desktop computers had Excel spreadsheets located on them which were altered so that upon initial examination they appeared to contain innocuous data. Once the attempts to hide the data were reversed it was discovered that they contained well over a thousand web site addresses. Hundreds of the web addresses were still active and contained child pornography. Significantly, in addition to the web address, each spreadsheet contained a column with a code that signified the content of the web address,” the district attorney’s office said. 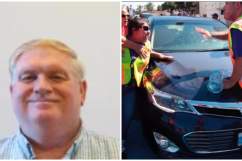 2. Ahr Mentored Students at an Elementary School Through His Marketing Company

Phil Ahr works as a marketing director at Progressive Business Publications in Malvern, Pennsylvania, according to Radnor Patch. A spokesperson for the company told the news site that Ahr has been placed on administrative leave following his arrest. The site obtained a memo from the company’s CEO that was written after Ahr’s arrest. In the memo, CEO Ed Satell wrote that the company “did not expect (the charges) to affect (Ahr’s) employment status.”

Satell wrote, “Despite the seriousness of the charges, there is nothing to indicate that it would be inappropriate to permit him to continue to perform his job duties here, or that he is unable to competently do so consistent with high standards of conduct, as he has done for more than 40 years,” according to Patch. But at some point after that memo, he was placed on leave.

“While the present allegations have nothing to do with his work at the company and the company had no knowledge of his activities during his personal time, on the same day the company became aware of the charges filed against the employee in question, he was placed on administrative leave for the duration of the investigation,” a spokesperson for the company said in an October 12 statement to Patch. “The company is cooperating with investigators.”

According to Patch, Ahr volunteered as mentor in the Cook-Wissahickon School program through his business, until May 2017. The program pairs at-risk students in Philadelphia with employee mentors. The elementary school students would visit Ahr’s Malvern office a few times a month, and also take field trips with their mentors, according to the news site.

“All mentors are required to undergo a state police clearance, per the company’s own policy, and school personnel are always present during mentor activities,” a company spokesperson told Patch.

Ahr was featured in a now-deleted blog post on his company’s website in 2013 after he was given a philanthropy award from the principal of the Northwest Philadelphia elementary school, honoring him for his work as a mentor there, Philly.com reports. He also talked about the program in a YouTube video posted to the company’s page that has since been taken down, according to Philly.com.

“It is a lot of fun. We mentor fourth- to sixth-grade students who have been identified as somebody who can benefit from that,” Ahr said in the video. “Our founder and president, Ed Satell, his philosophy is that great companies need to give back to their communities, to make it a great community for people to work in and be part of.” 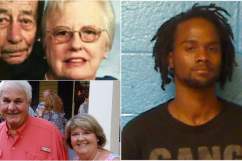 3. He Became a Commissioner in January 2016 & Was Elected as the Board’s President 3 Months Later

Ahr was elected to his position on the Radnor Board of Commissioners in January 2016, representing Ward 7, a district in the wealthy Main Line community that includes the Bryn Mawr, Garrett Hill, Conestoga Village, Old Oaks and Rosemont neighborhoods, according to a Radnor Township website.

He was picked by his fellow commissioners as the board’s president just three months later, in April 2016, according to Main Line Media News.

Since his arrest, Ahr has remained on the board, writing in a statement, “Although I will continue to serve as commissioner of the 7th Ward, the duties and the responsibilities of president of the board are demanding and personal reasons necessitate that I vacate my position as president of the board effective this date.”

According to Main Line Media News, the board cannot compel Ahr to step down from his seat unless he is convicted of a crime. At an October 23 board meeting, the commissioners failed twice on 3-3 votes to elect a new president. Ahr did not attend the meeting. He also missed meetings in September on October 9, when a vote to remove him as president failed. Democrats said they voted against removing Ahr because no charges had been filed at that point. They were aware of the raid on his home, but say they did not know details of the case.

4. Ahr, a Married Father of 2, Was a Leader in His Local Catholic Church, Served as a Navy Corpsman & Graduated From Notre Dame

Ahr is married and has two adult sons, according to public records. Philly.com reports that none of his family members were in court during his October 11 appearance. Ahr is a New Jersey native and has lived in Radnor for 22 years, according to the newspaper.

He served in the Navy as a hospital corpsman in the 1970s, graduated from the University of Notre Dame with a degree in management and was the parish council president at Our Mother of Good Counsel, a Catholic church in Bryn Mawr, according to Philly.com. He was also an active member of Radnor’s Garrett Hill neighborhood, serving on the Garrett Hill Coalition, the Garrett-Hill Rosemont Fourth of July Parade Committee and the Garrett Hill Steering Committee.

In a statement, Township Manager Robert Zienkowski said he was “shocked, saddened, sickened and angered” by the allegations against Ahr. He said “at no time were any of our residents, especially our children, in any type of danger by Mr. Ahr. … It appears at this time that all of Mr. Ahr’s illegal acts were done via the computer and over the internet and not in the public domain.”

Elaine Schaefer, a Democrat and the board’s vice president, told Philly.com, “It is important to remember this is not about our township. This is about one man, one individual, and his personal behavior, which, if true, is shocking and horrifying.”

Luke Clark, a Republican commissioner who has called for Ahr’s resignation, told the newspaper, he was “Completely shocked. There weren’t many people who had anything bad to say about him.”

5. Ahr’s Arrest Follows the Conviction of Another Radnor Board President for Groping His 103-Year-Old Mother-in-Law

Radnor Commissioner President Phil Ahr was arraigned and posted bail – 10 percent of $100,000 cash. He will be released momentarily. pic.twitter.com/5pwc5PLjQG

Phil Ahr’s arrest follows the conviction of another former Radnor Board of Commissioners president on sex charges. William “Bill” Spingler was convicted by a Delaware County jury in June 2017 of indecent assault on a person with a mental disability, Philly.com reports. Spingler, 75, was accused of groping the breast of a 103-year-old woman, his mother-in-law, at her nursing home, according to the newspaper. He said he did it because the woman had stopped recognizing him, according to Philly.com.

“I got nothing, no recognition out of her, and I made the biggest mistake of my life,” Spingler testified. “I thought, for shock value, you know, I could get her to say something, let her know I was there. I touched her breast. It was the dumbest thing I ever did, but I did it to get her attention and let her know that I was there.”

Spingler, a Democrat who had been involved in local Radnor politics for three decades, was sentenced on October 12, a day after Ahr’s arrest, to two years of probation, including 60 days of electronic home monitoring, according to the Delaware County Daily Times.

Delaware County District Attorney Jack Whelan told Philly.com that the past history of the Radnor board and Ahr’s involvement in politics did not play a role in the investigation. But he told the newspaper that he thinks “it creates an aggravating situation when you let your constituents down.” In a press release, Whelan said, “As an elected individual and chairman of Radnor Board of Commissioners, Mr. Ahr took an oath to serve and protect the residents and for that reason we hold him to a higher standard of conduct.” 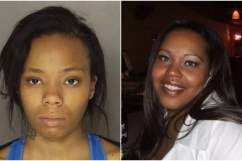