Getty President Donald Trump, seen here after the mass shooting in Las Vegas, called the American system of punishment for suspected terrorists a "joke" on Wednesday.

President Donald Trump included a Biblical reference in his somber speech after the Las Vegas shooting. Though not naming the specific verse, Trump leaned on Psalm 34:18 to offer a message to those who lost a loved one in the horrific tragedy.

“Scripture teaches us the Lord is close to the brokenhearted and saves those who are crushed in spirit. We seek comfort in those words for we know that God lives in the hearts of those who grieve,” Trump noted towards the beginning of his speech.

Here’s how the New Living Translation version of Psalm 34:18 reads.

“The Lord is close to the brokenhearted; he rescues those whose spirits are crushed.”

The verse is part of a larger section of Psalm 34 on the Psalmist’s thoughts on God’s response to evil. Here’s a fuller context with verses 16 through 18 included.

16 But the Lord turns his face against those who do evil;
he will erase their memory from the earth.
17 The Lord hears his people when they call to him for help.
He rescues them from all their troubles.
18 The Lord is close to the brokenhearted;
he rescues those whose spirits are crushed.

The Book of Psalms is full of poems on topics that range from offering individuals comfort to posing pointed questions at God. Theologian Eugene Peterson described Psalms this way in his introduction prior to his Message translation of the book.

…The Hebrews, with several centuries of a head start on us in matters of prayer and worship, provided us with this prayer book that gives us a language adequate for responding to the God who speaks to us…The Psalms in Hebrew [the original language] are earthy and rough. They are not genteel. They are not the prayers of nice people, couched in cultured language.

This is not the first time Trump has invoked the Bible. On the campaign trail, Trump had a rocky relationship with Biblical references. When speaking at Liberty University, a private Christian college, Trump incorrectly referred to Second Corinthians as 2 Corinthians.

“Two Corinthians 3:17, that’s the whole ballgame,” Trump told the Liberty crowd (via NPR). “Is that the one you like? Now the Lord is that Spirit: and where the Spirit of the Lord is, there is liberty.”

There was also the time he mistakenly put money in a communion plate at a church in Council Bluffs, Iowa. KSL.com detailed the incident.

He, his wife, Melania, and two staffers took communion when it was passed. But Trump, momentarily confused, mistook the silver plates circulated around the auditorium and dug several bills out of his pocket.

“I thought it was for offering,” he said with a laugh to his staff.

He contributed several minutes later when the offering plates were passed.

Despite the gaffs, Trump enjoyed strong support from conservative evangelicals during the election.

While evangelicals arguably helped win Trump the election, there are also Christians who disagree with the president. The early part of Trump’s presidency has caused a divide within the Christian community. Christian activist Shane Claiborne has been vocal in his displeasure of Trump’s policies.

“Yes I’m troubled by Trump. But I’m more troubled by the Christians who support him. Trump’s gospel is so different from the Gospel of Jesus,” Claiborne tweeted in September. 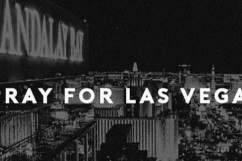