Ajit Pai, the chairman of the Federal Communications Commission, has officially called for the agency to repeal Net Neutrality. In an op-ed piece he wrote for The Wall Street Journal on November 21, Pai said he wants to “undo the Obama administration rules that regulate the web like a 1930s utility.”

Pai said he’d release his full proposal, dubbed “Restoring Internet Freedom,” on November 22. With much support from Republican lawmakers, those on the other side battling against a repeal have little recourse, Politico reported.

If the full repeal goes through, it would “be a major win for the telecommunications industry,” Poltico wrote. If an individual state tried to make its own net neutrality law and a company in the marketplace rejects it to the FCC, Pai’s agency would have the authority to issue a ruling that could be used in a court battle.

“I think this is sending a warning shot saying we’re really serious about opening up this market and keeping regulations at any level out of the way,” Competitive Enterprise Institute Policy Fellor Jessica Melugin told Politico.

Pai, 44, became the director of the FCC on January 23 after serving in numerous positions at the agency since he was appointed to the commission by President Barack Obama in 2012. He was recommended to the post by Senate Majority Leader Mitch McConnell and was unanimously confirmed by the Senate on May 7, 2012.

Pai is married to Janine Van Lancker, an allergist in the Washington D.C. area. The couple were engaged to be married just a few months after they met, and have two children together.

Here’s what you need to know about Pai and Van Lancker:

A marriage announcement in The Washington Post told the story of their relationship. Pai and Van Lancker met in January 2008 when on of Pai’s female friends invited him to come to happy hour at a bar. The friend told Pai she had a good friend that she wanted him to meet. When he learned her name, he started researching her online, finding out she was an allergist at the George Washington University Medical Center and had a successful background.

Van Lancker had been on a few dates, but many of them left a lot to be desired. She had only been on one blind date previously, which ended horribly, she said to the newspaper. The two met at Circle Bistro, and Van Lancker said she remembered thinking: “Ooooh! He is tall, dark and handsome,” upon laying her eyes on him. They sparked up a conversation and found out they had a lot in common. The next day, Pai said he got Van Lancker’s email address from their mutual friend, and he sent her an email right away.

“There was something about her,” he said in The Post story. “I wanted to follow up as soon as I could.”

But Van Lancker said she didn’t reply to Pai for a few days because she was overwhelmed with a big presentation she had to give.

“And yeah, maybe I wanted to let him stew a little bit,” she said in the story.

2. Pai Proposed to Van Lancker 6 Months After He Met Her

Federal Communications Commission Chairman Ajit Pai arrives for his confirmation hearing for a second term as chair of the commission before the Senate Commerce, Science and Transportation Committee in the Dirksen Senate Office Building on Capitol Hill July 19 in Washington, DC.

After about four months in a relationship together, Pai told Van Lancker that he wanted to talk to her. Things had been going along smoothly, she though, so she instinctively assumed Pai was going to break up with her. Instead, he told her that he loved her and realized that he finally found the one. They discussed their future together in detail, and he proposed to her six months after they met. He got down on one knee on the roof of the Woodward Building, overlooking the Washington Monument, to ask her.

“If you would’ve told me that my future husband’s name was Ajit Pai, I would’ve been like, ‘What? Are you serious? Oookay,'” she said to The Post. “It’s so funny — you just never know what form that person will come in.”

To see some of their engagement photos, click here.

Pai and Van Lancker got married at the Willard Invercontinental Hotel on July 10, 2010. There were 280 guests at the wedding, and they got married with a traditional Hindu ceremony. There was a tea reception afterward with Indian food, and they later exchanged vows in a Christian ceremony.

Pai and Van Lancker have two children together: a son (Alexander Madhav) and a daughter (Annabelle Malathi), The Times of India reported.

3. Van Lancker Got her Undergrad From Notre Dame

Her physician profile says she performed her residency at McGaw Medical Center of Northwestern University and did a fellowship at the National Institutes of Health. Van Lancker’s interests are in hives, asthma and food allergies, and she’s one of seven doctors at the George Washington hospital who specializes in allergy and immunology. 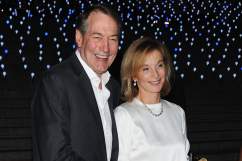 A 2012 article in The Washingtonian said that Pai and Van Lancker purchased a sprawling home in Arlington, Virginia. It’s a six-bedroom, six bathroom Craftsman home which they purchased for $1.4 million.

The residence takes up 1/2 acre and has all the luxuries necessary. It includes a library, a 40-foot lap pool, multiple walk-in closets and a whirlpool tub, the real estate listing said. 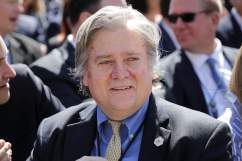